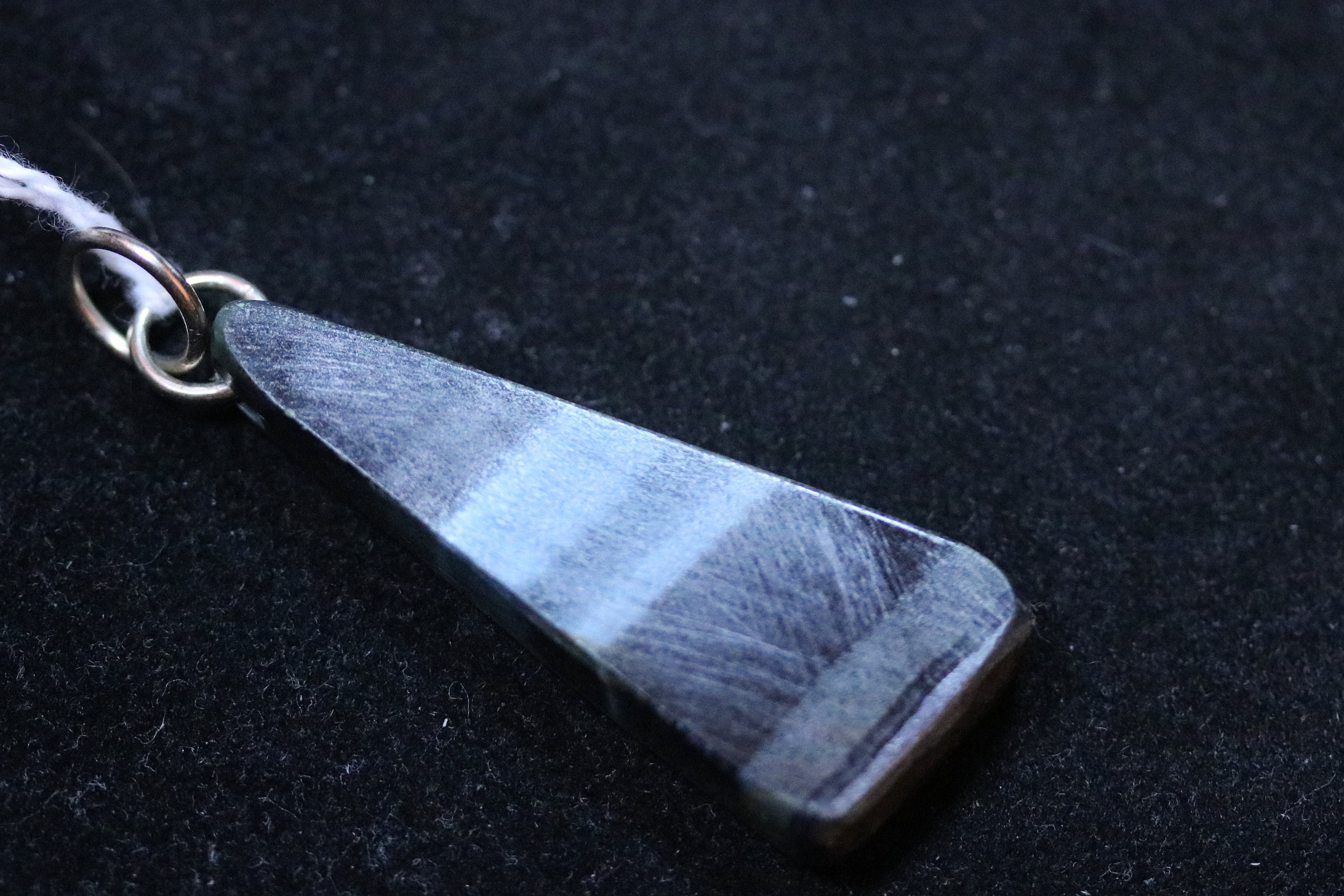 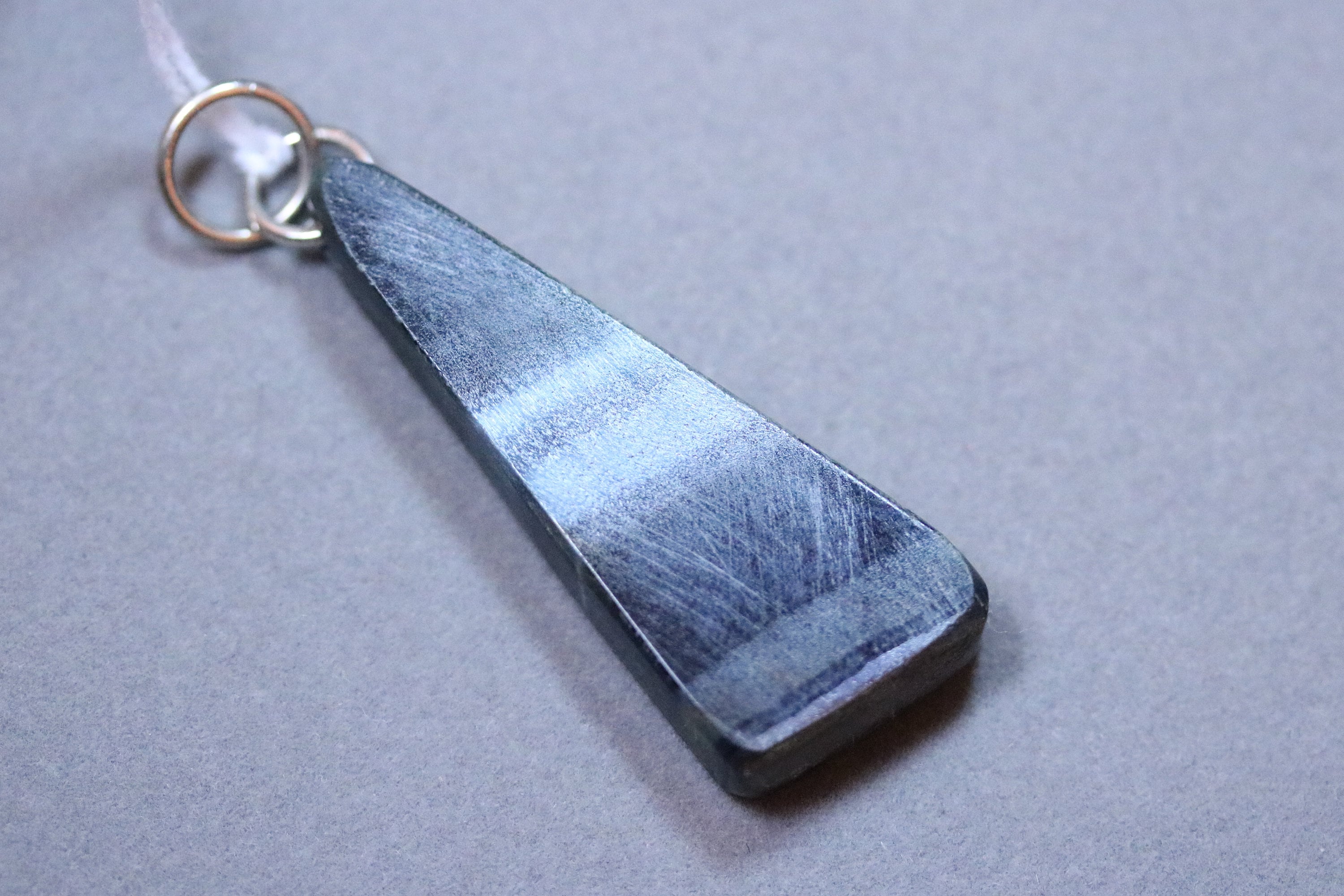 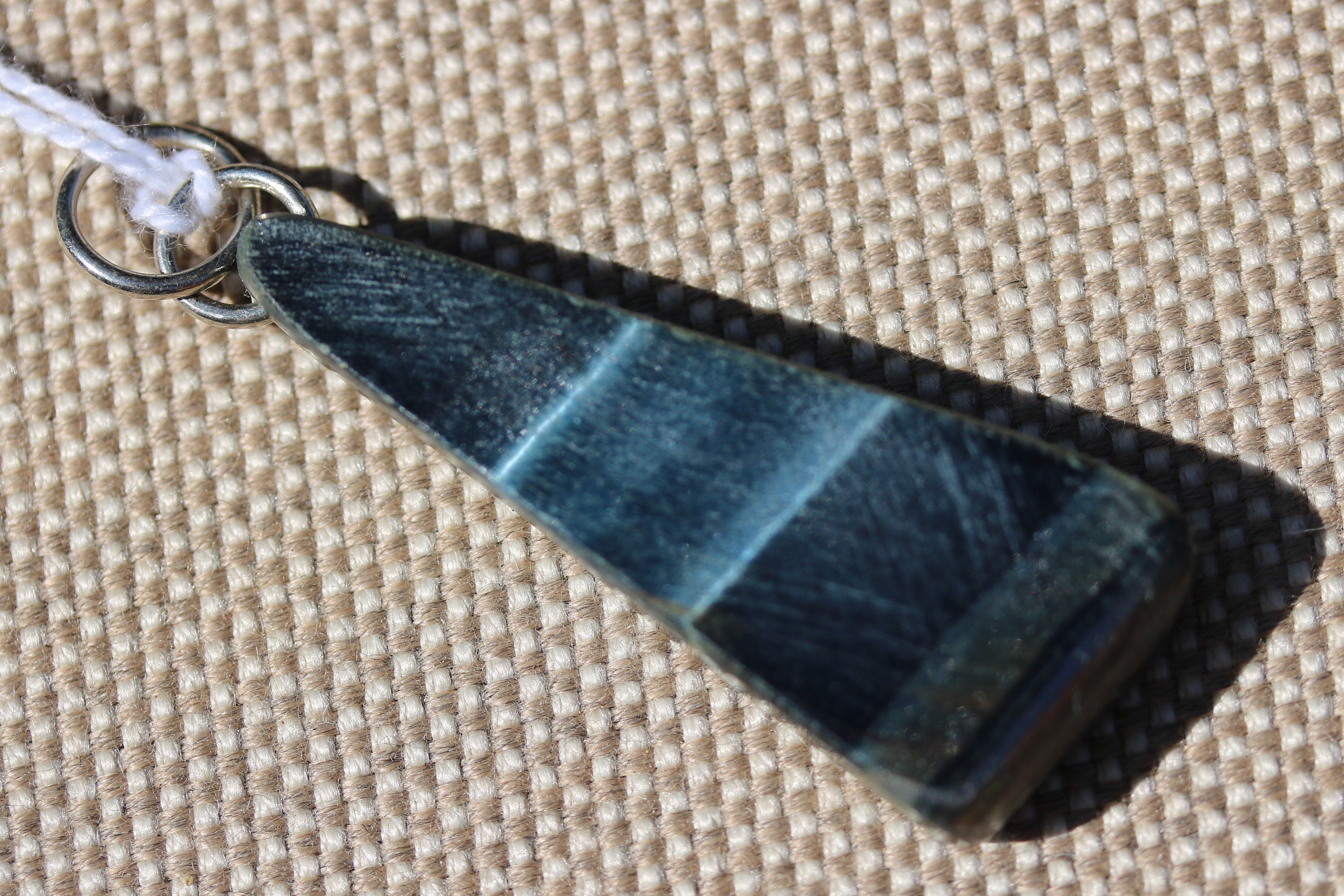 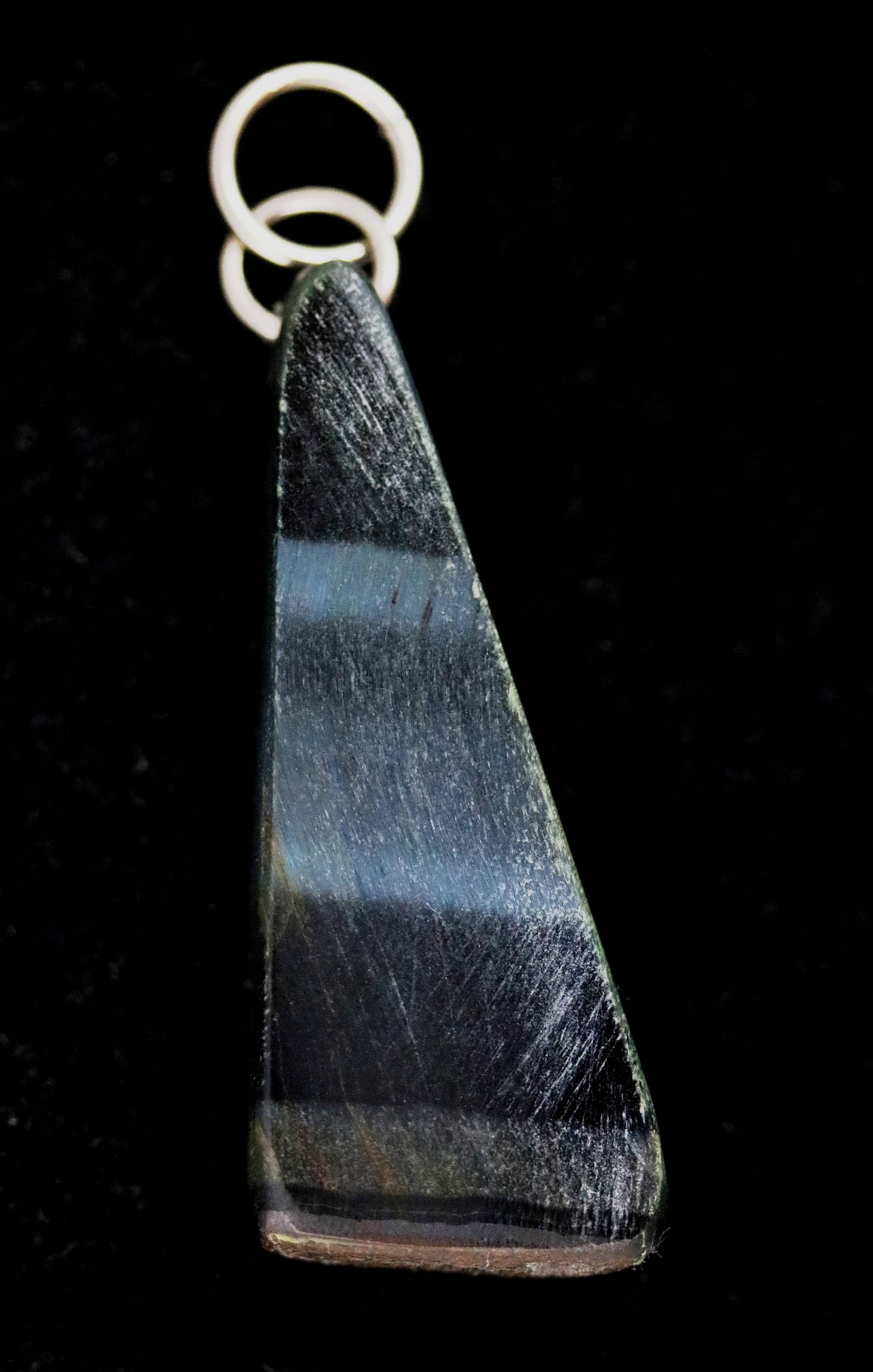 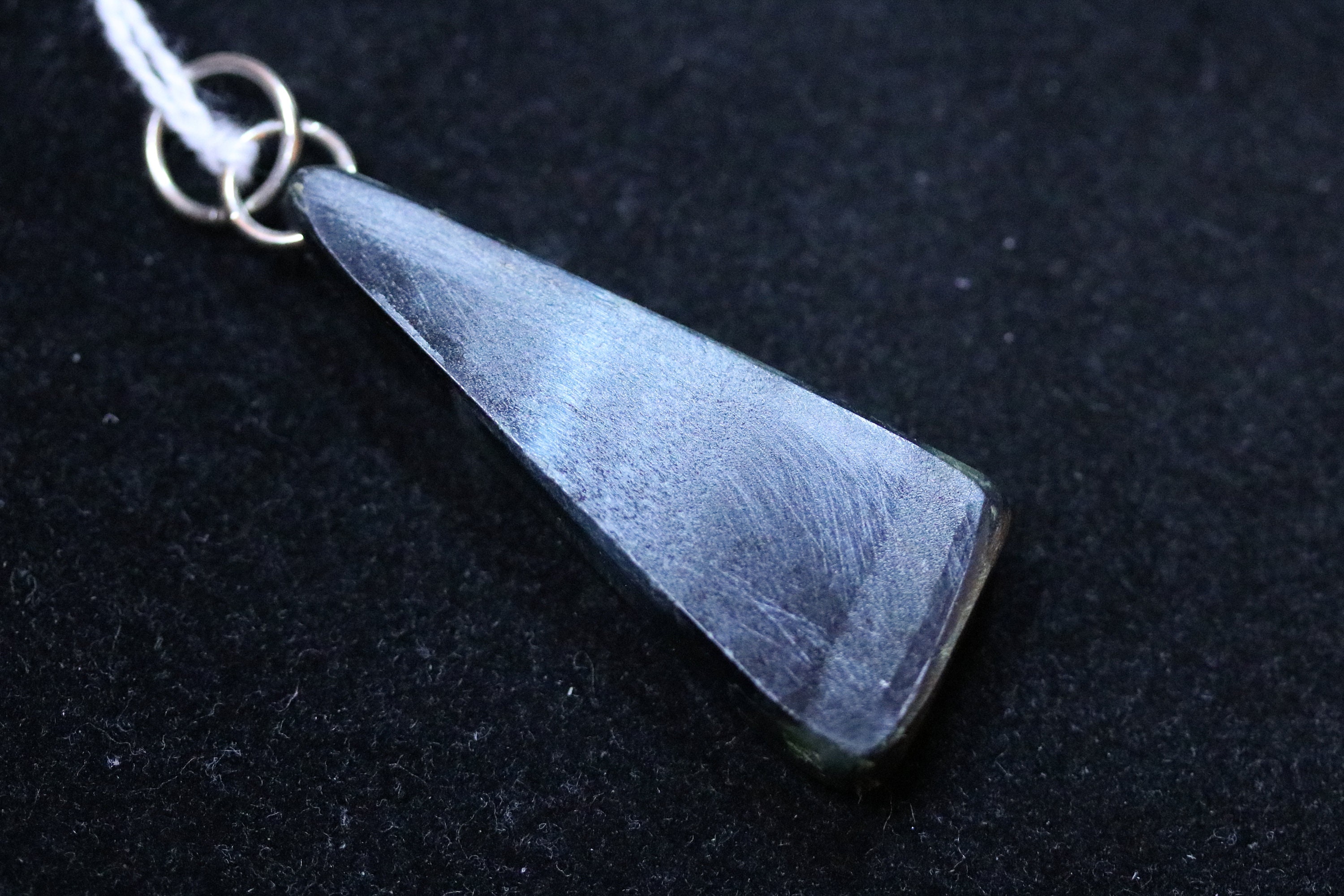 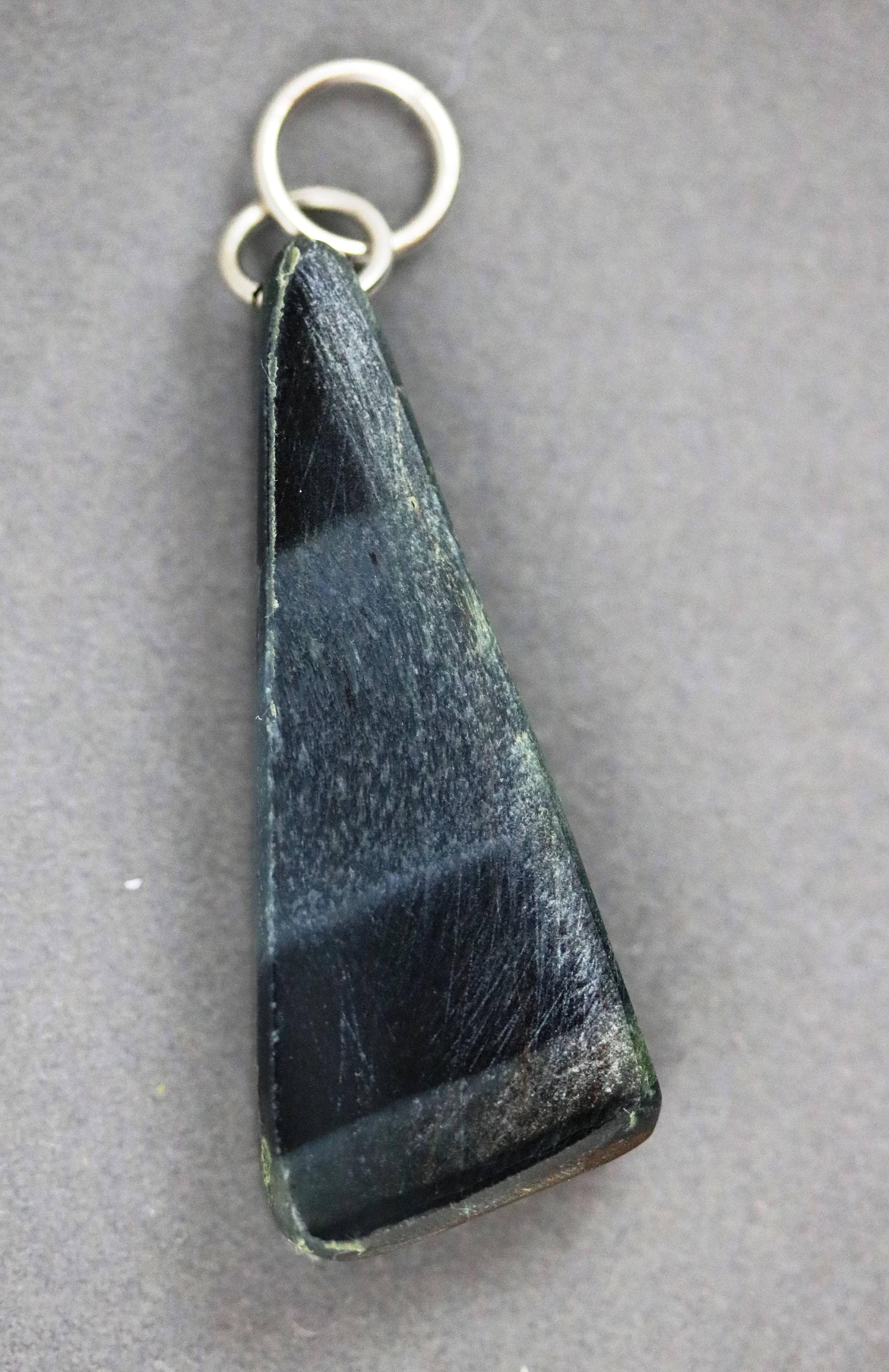 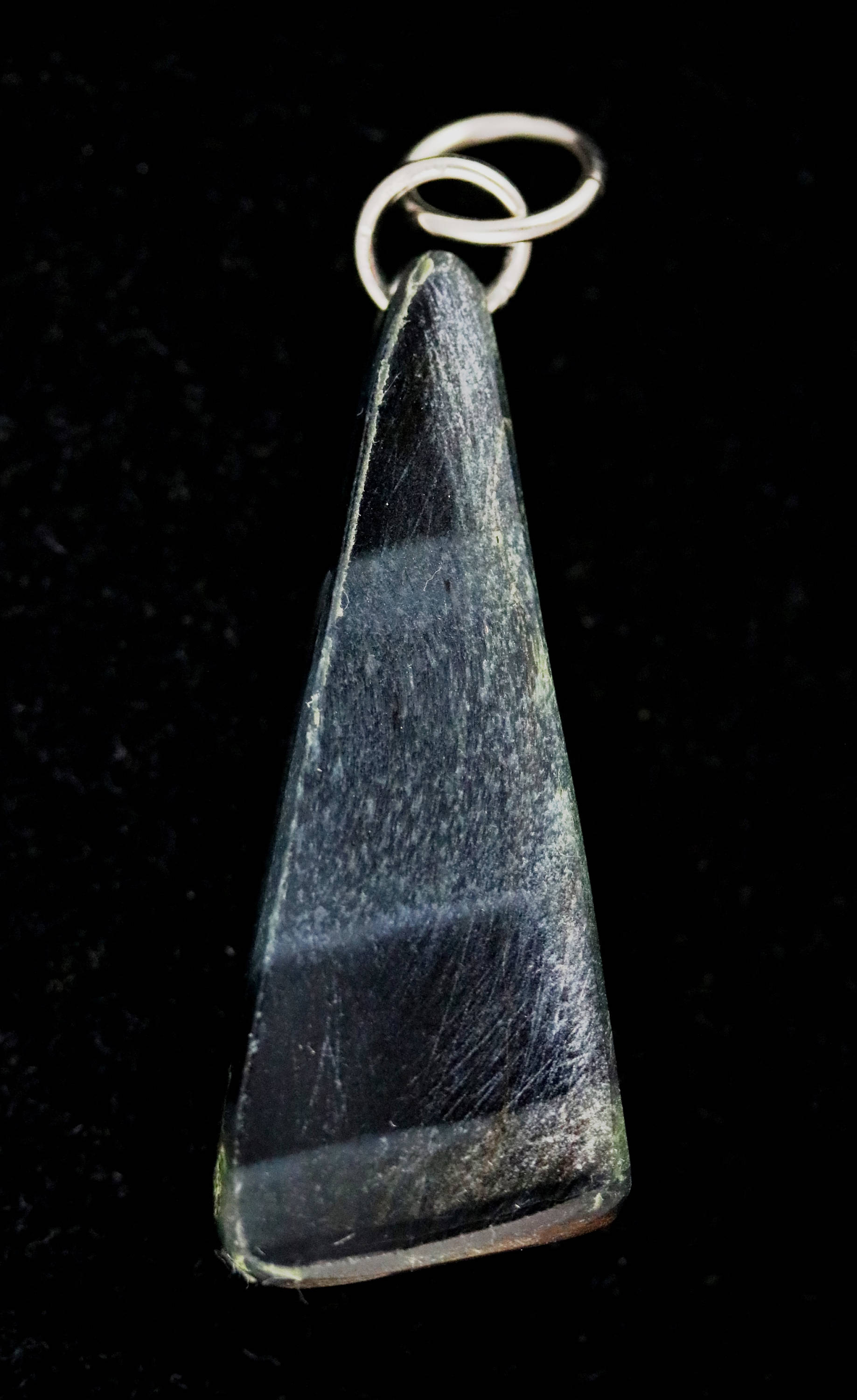 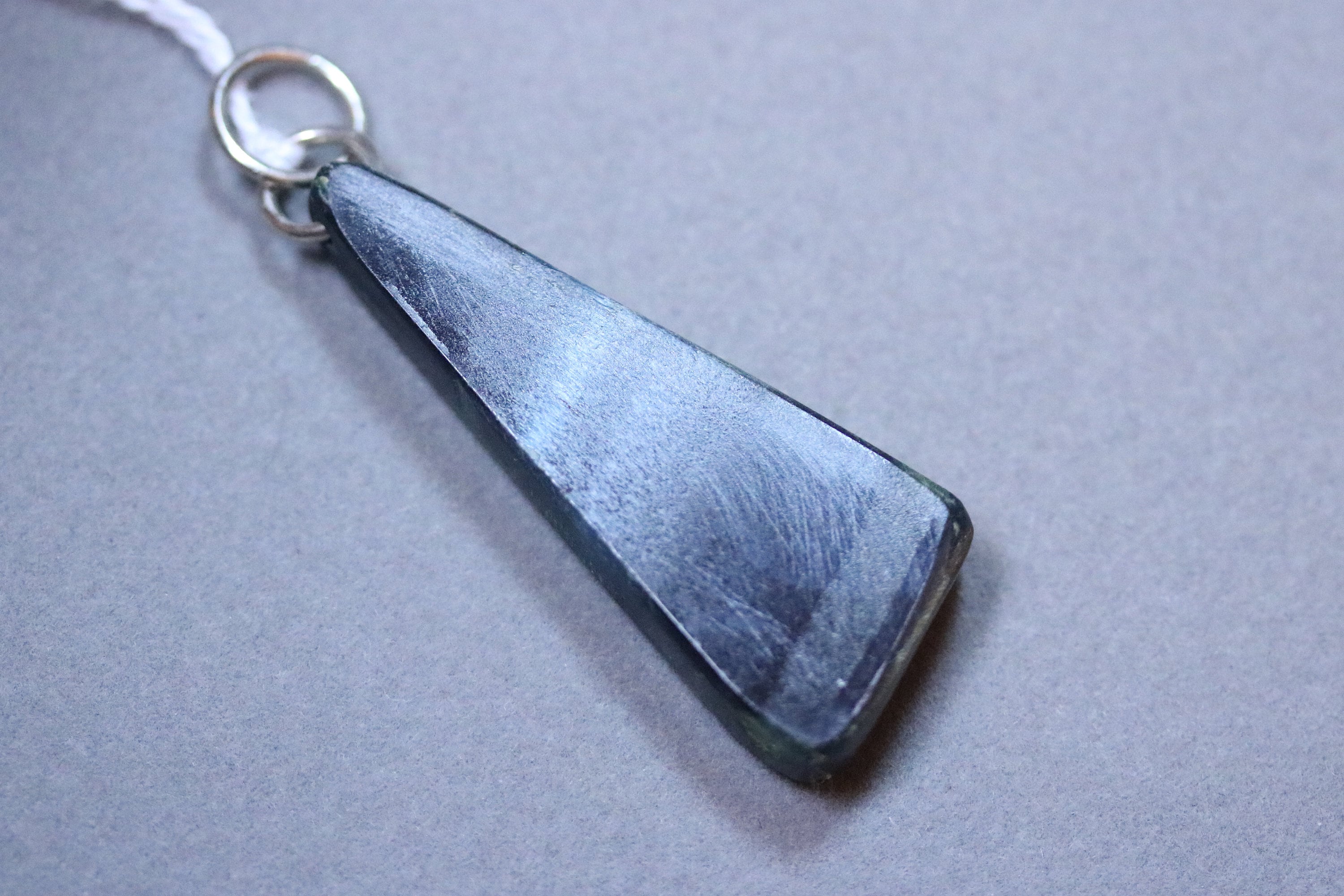 Tiger Eye, Hawk's Eye, pendant
Chatoyance or cat's eye effect, is an optical reflectance effect seen in certain gemstones. Coined from the French "œil de chat", meaning "cat's eye", chatoyancy arises either from the fibrous structure of a material, as in tiger's eye quartz, or from fibrous inclusions or cavities within the stone, as in cat's eye in Pietersite.
Hawk's Eye
silver colored jumps bail
65ct~13g