Tiger Eye pendant, Hawk's Eye, indigo blue, For You, silver twirl bail 83ct
JimzGemz brings you novel gemstones- pendants & earrings that are made from minerals from around the world, and a few novel materials like Fordite (dried paint from the Detroit car paint booths, etc.) 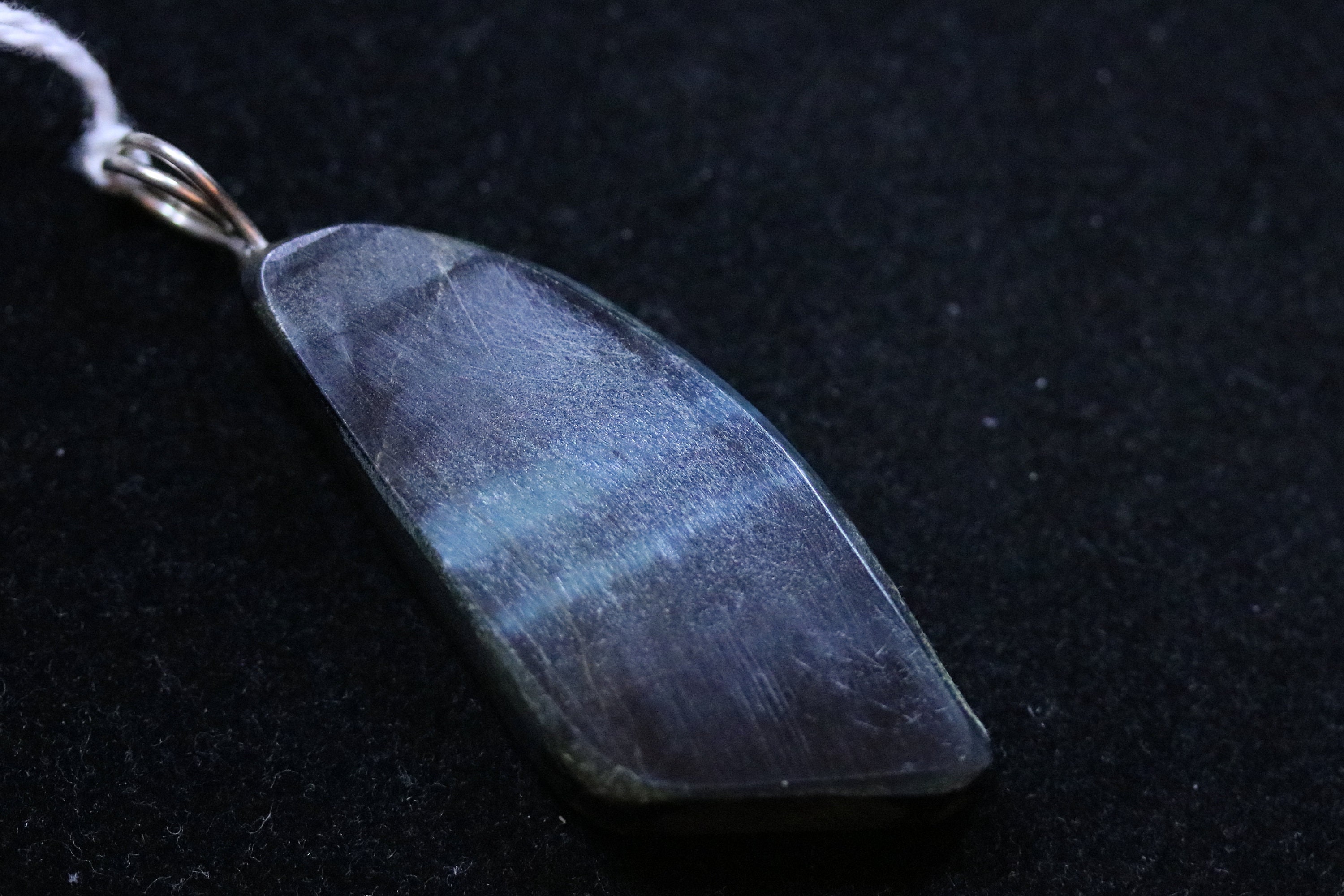 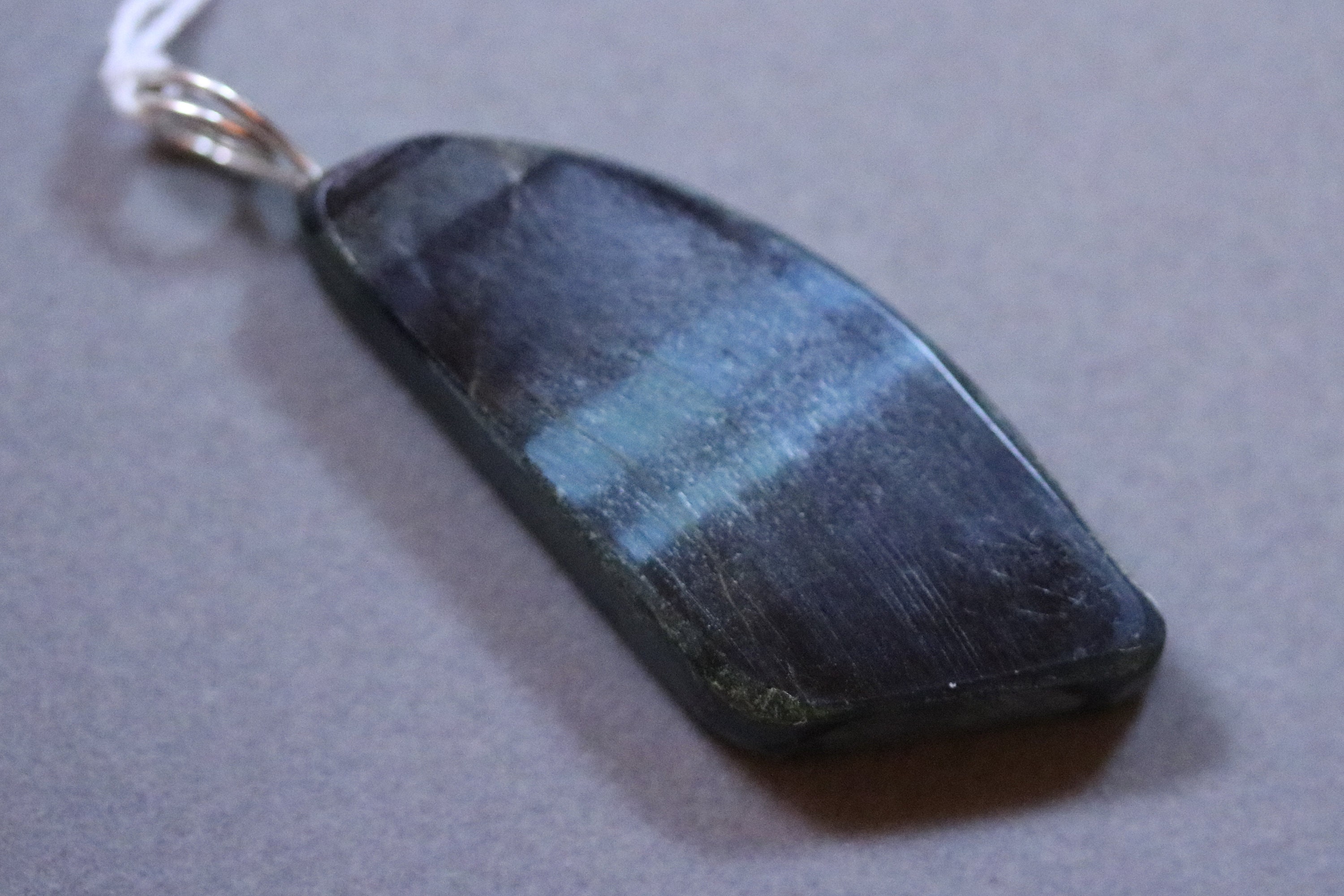 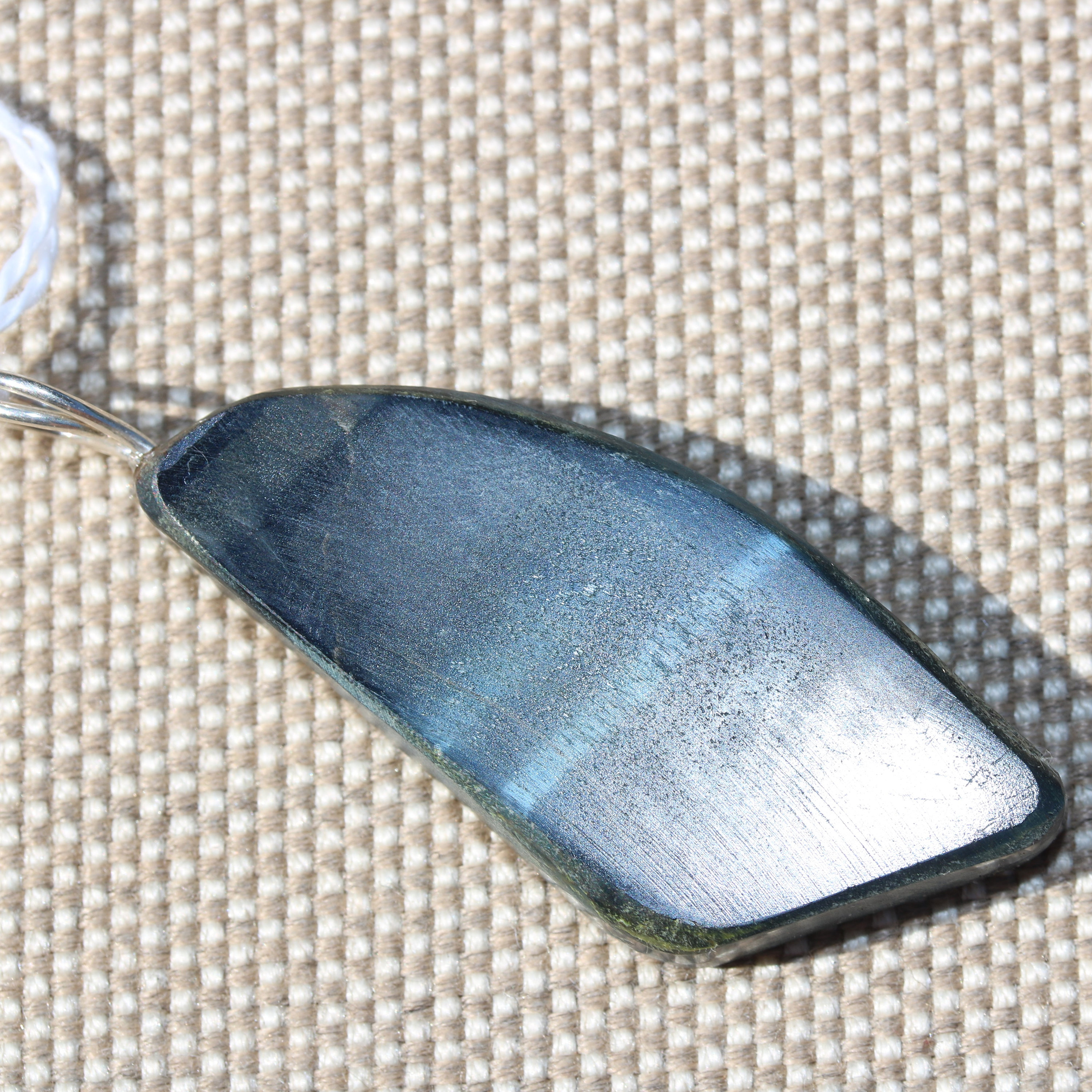 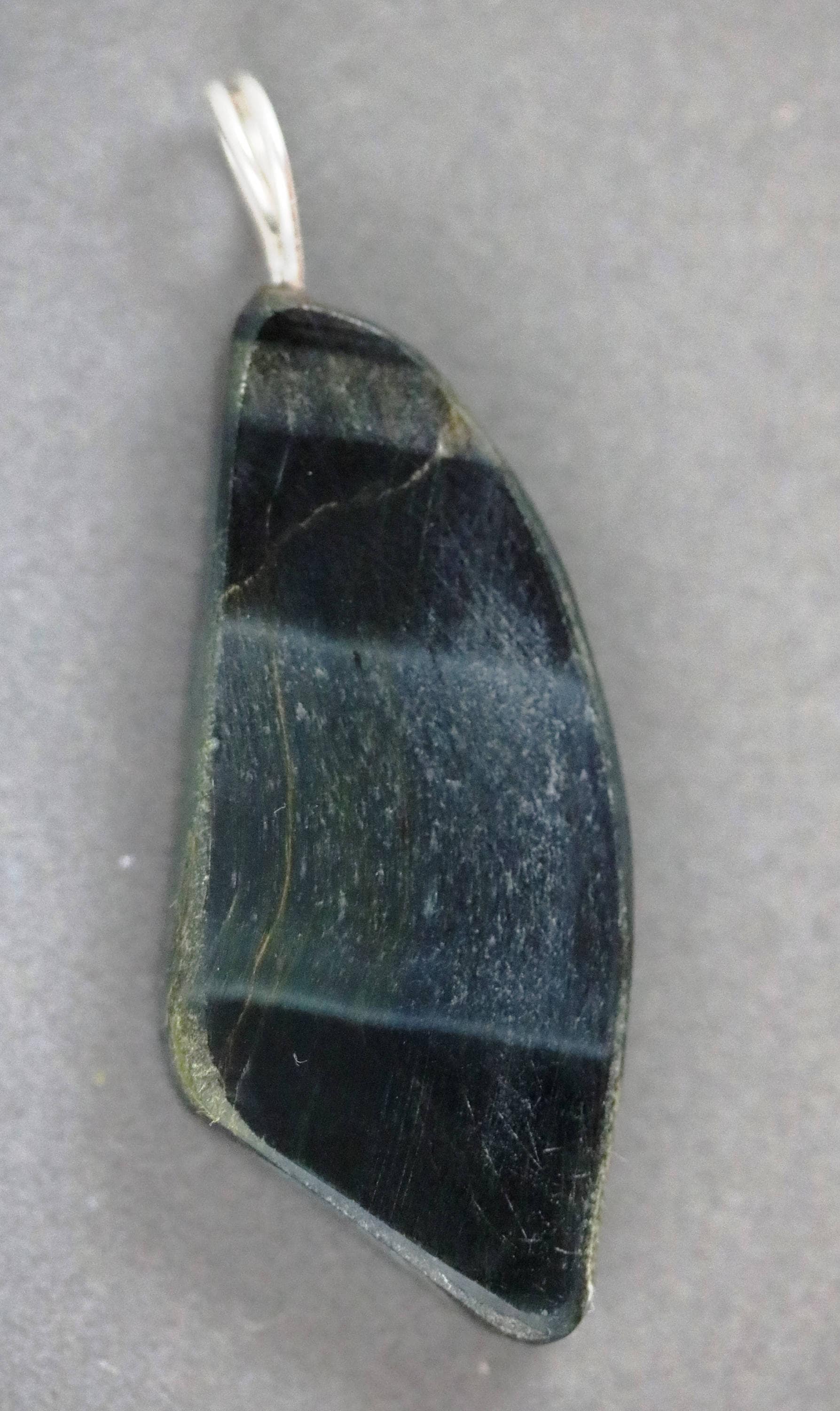 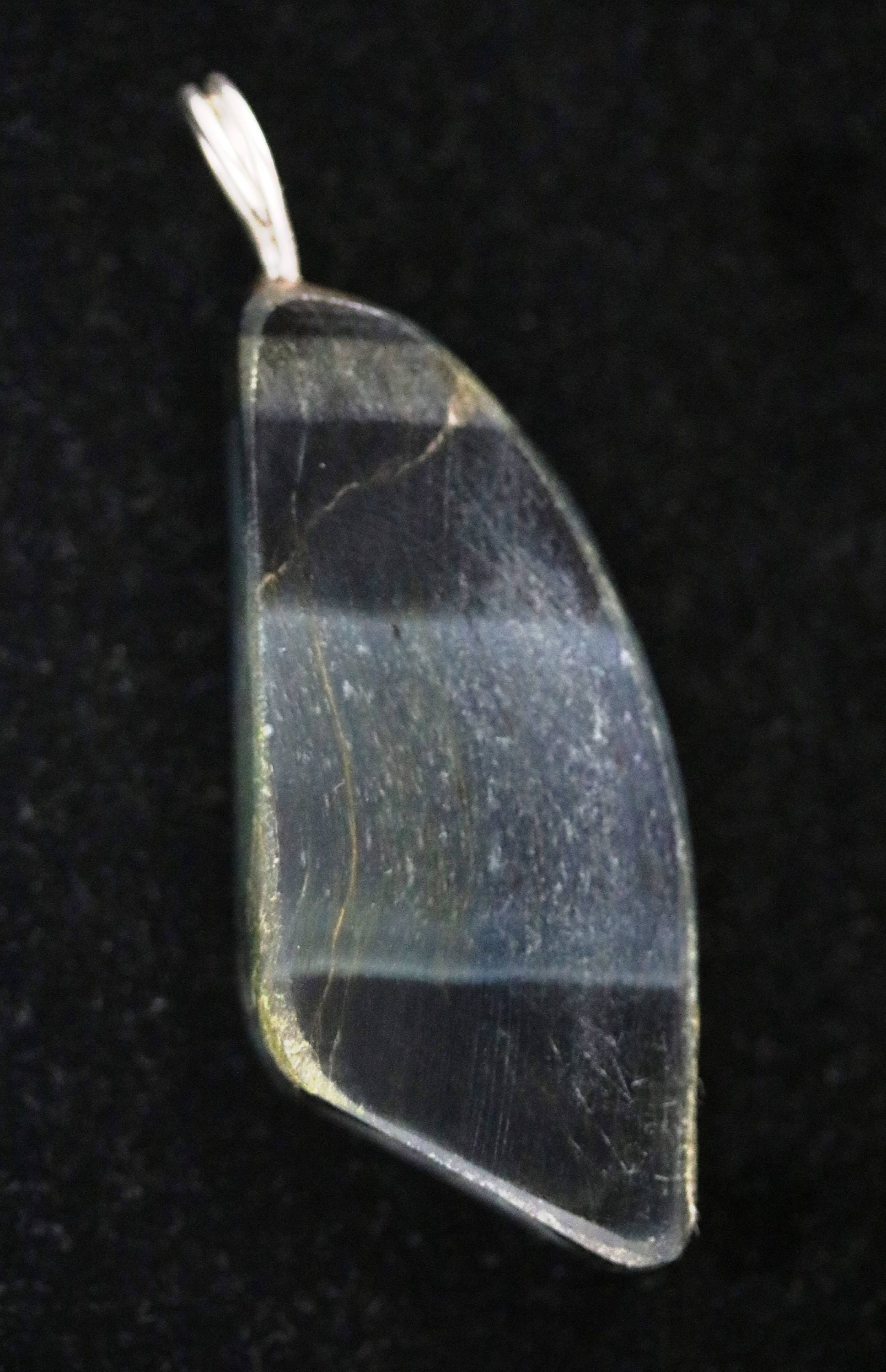 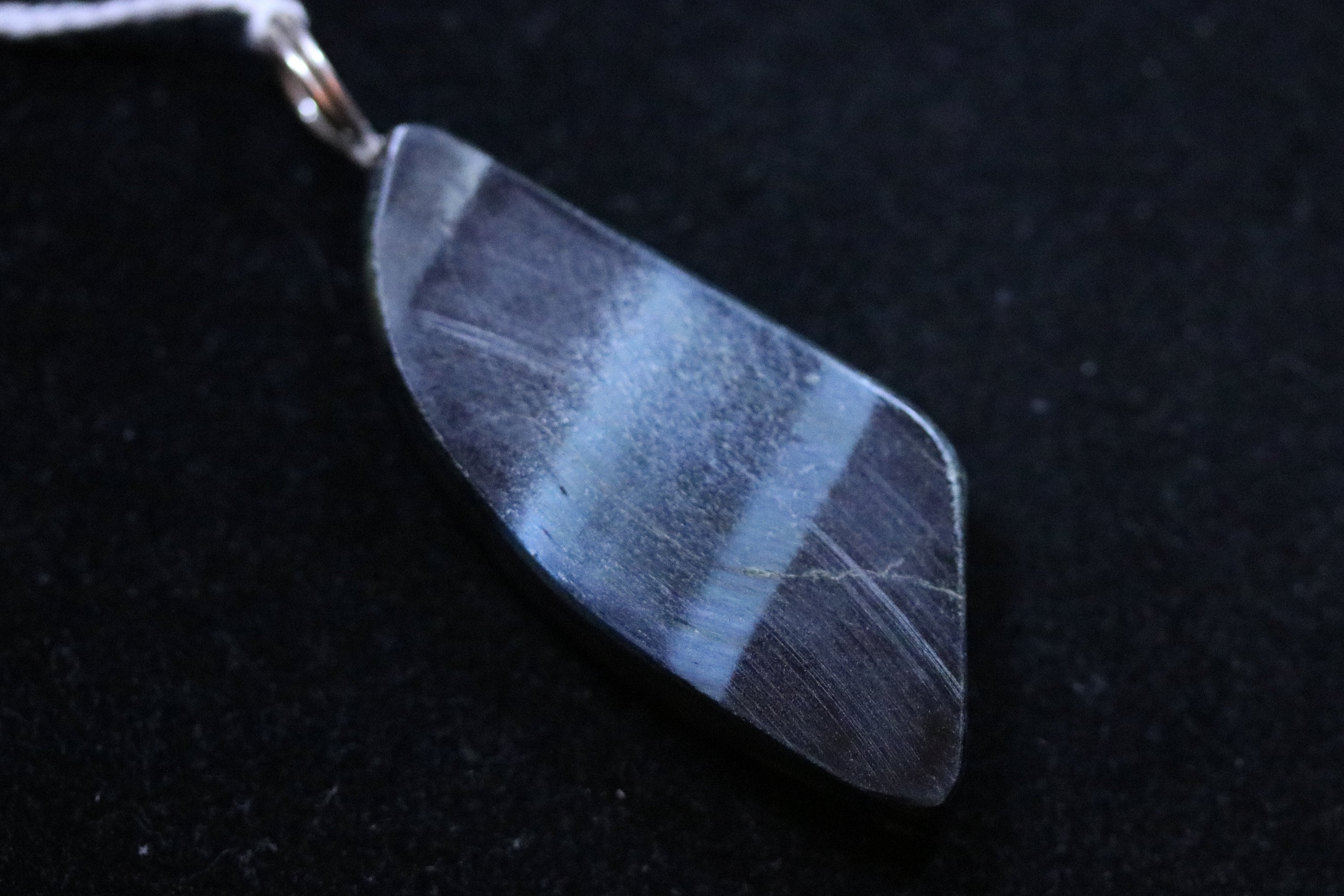 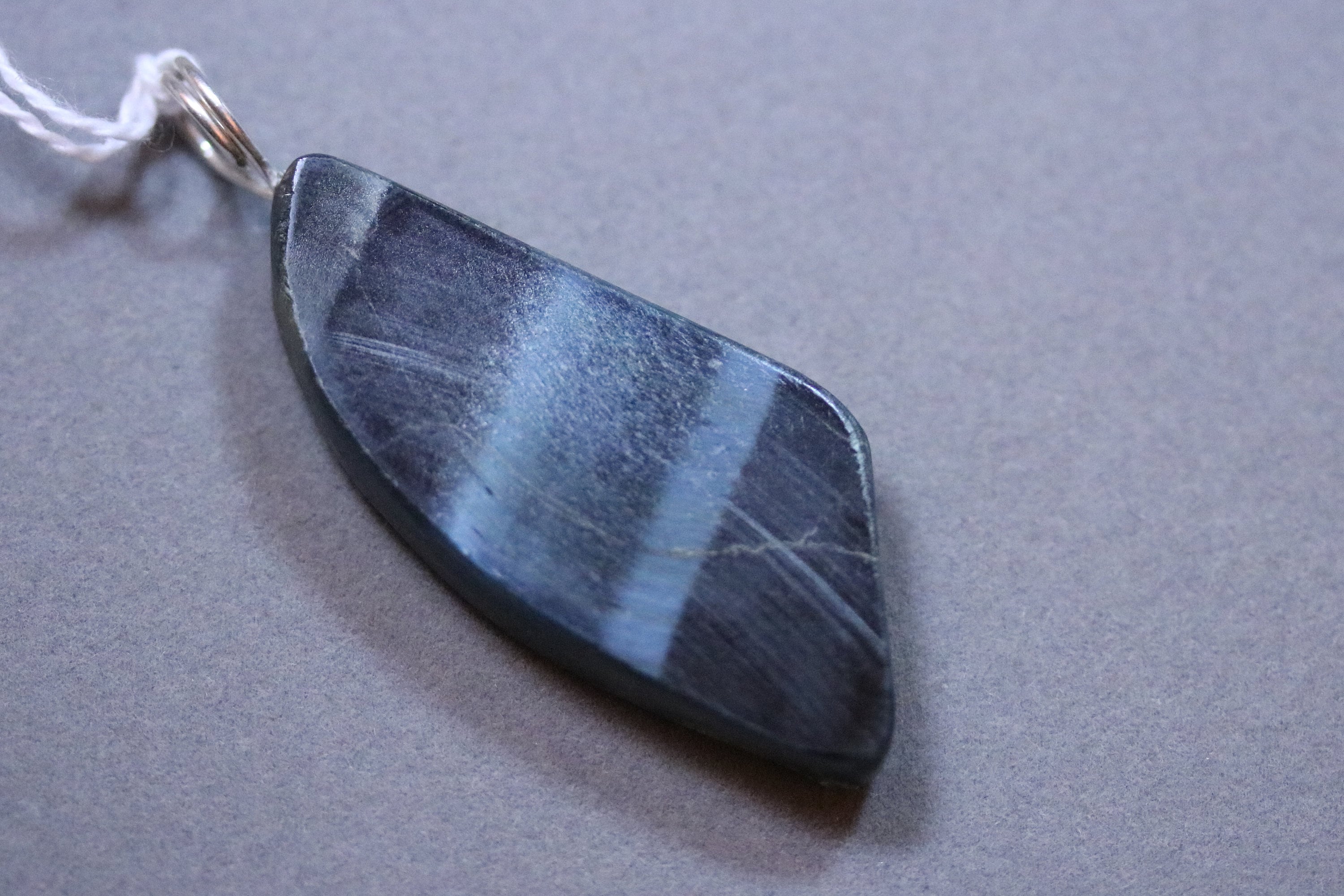 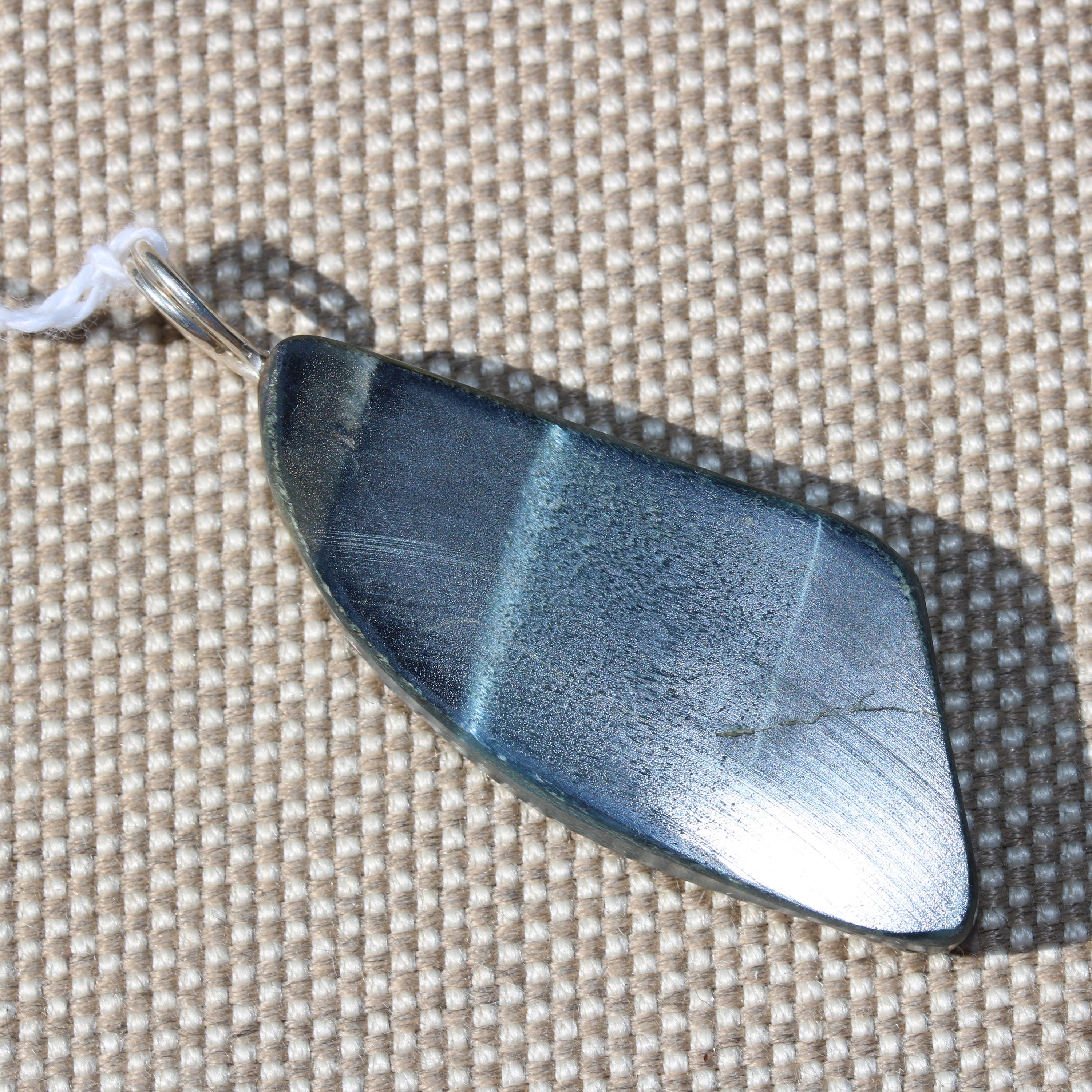 Tiger Eye, Hawk's Eye, Pendant
Chatoyance or cat's eye effect, is an optical reflectance effect seen in certain gemstones. Coined from the French "œil de chat", meaning "cat's eye", chatoyancy arises either from the fibrous structure of a material, as in tiger's eye quartz, or from fibrous inclusions or cavities within the stone, as in cat's eye in Pietersite.
silver twirl bail
83ct~47g
2"~50mm