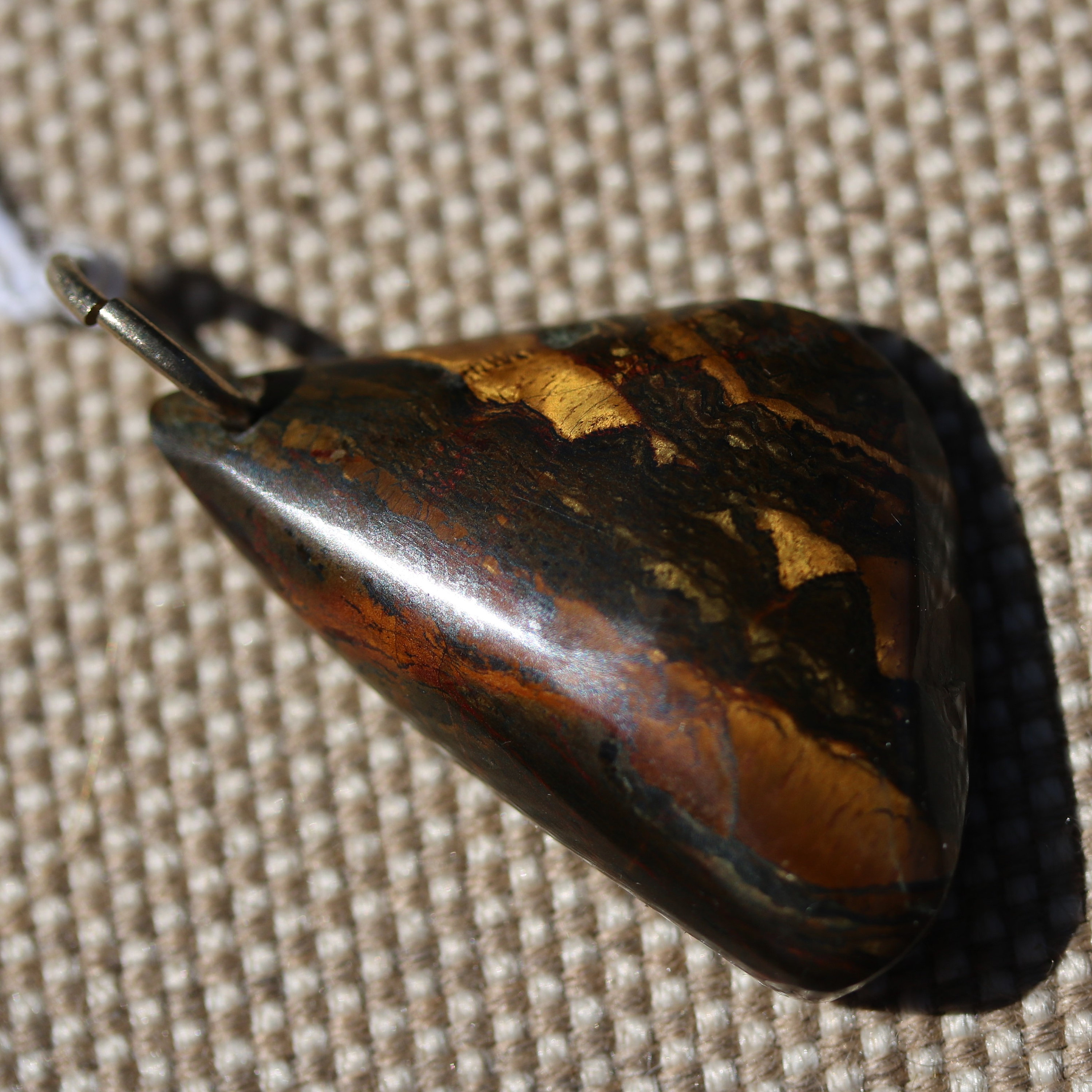 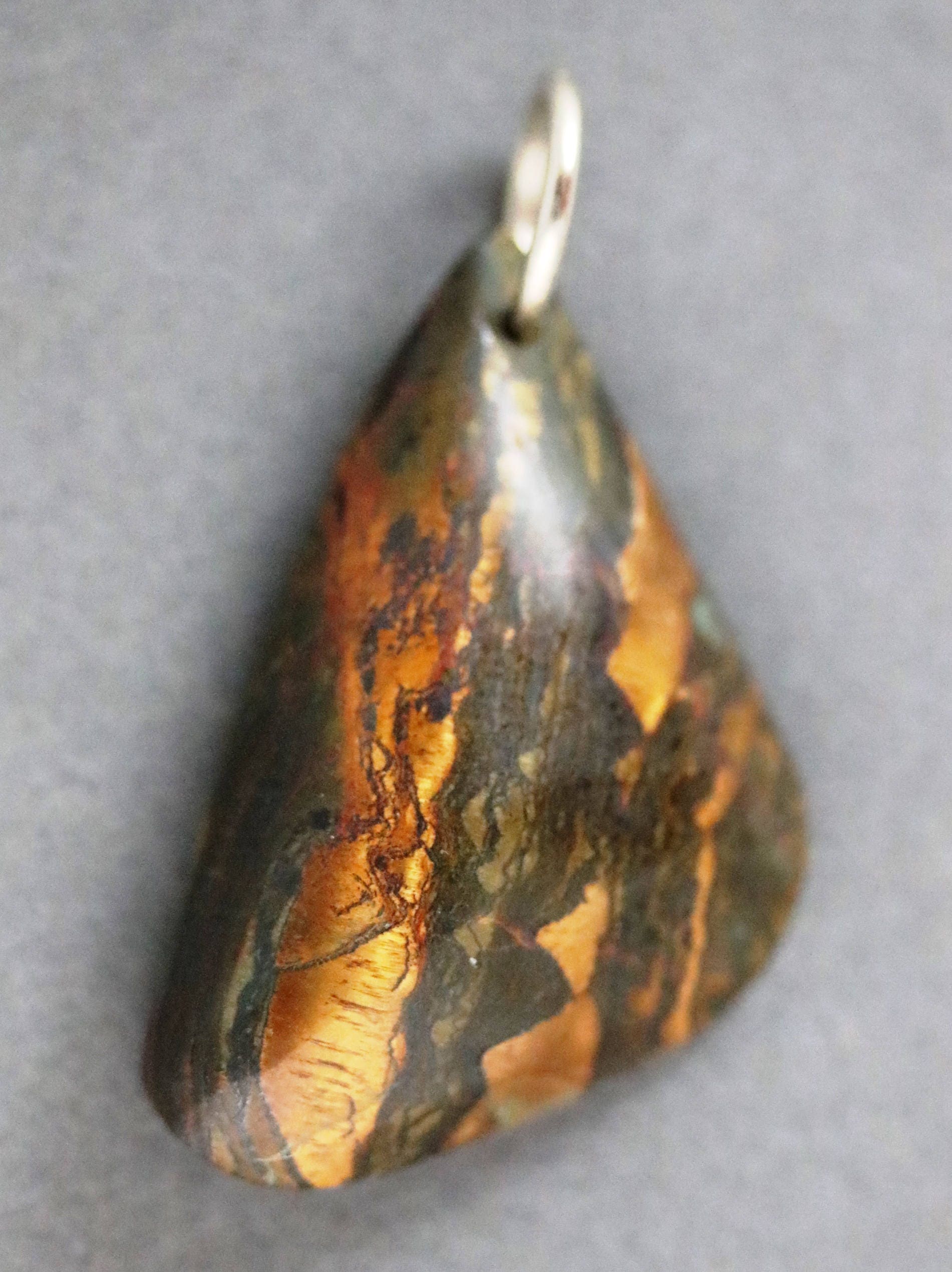 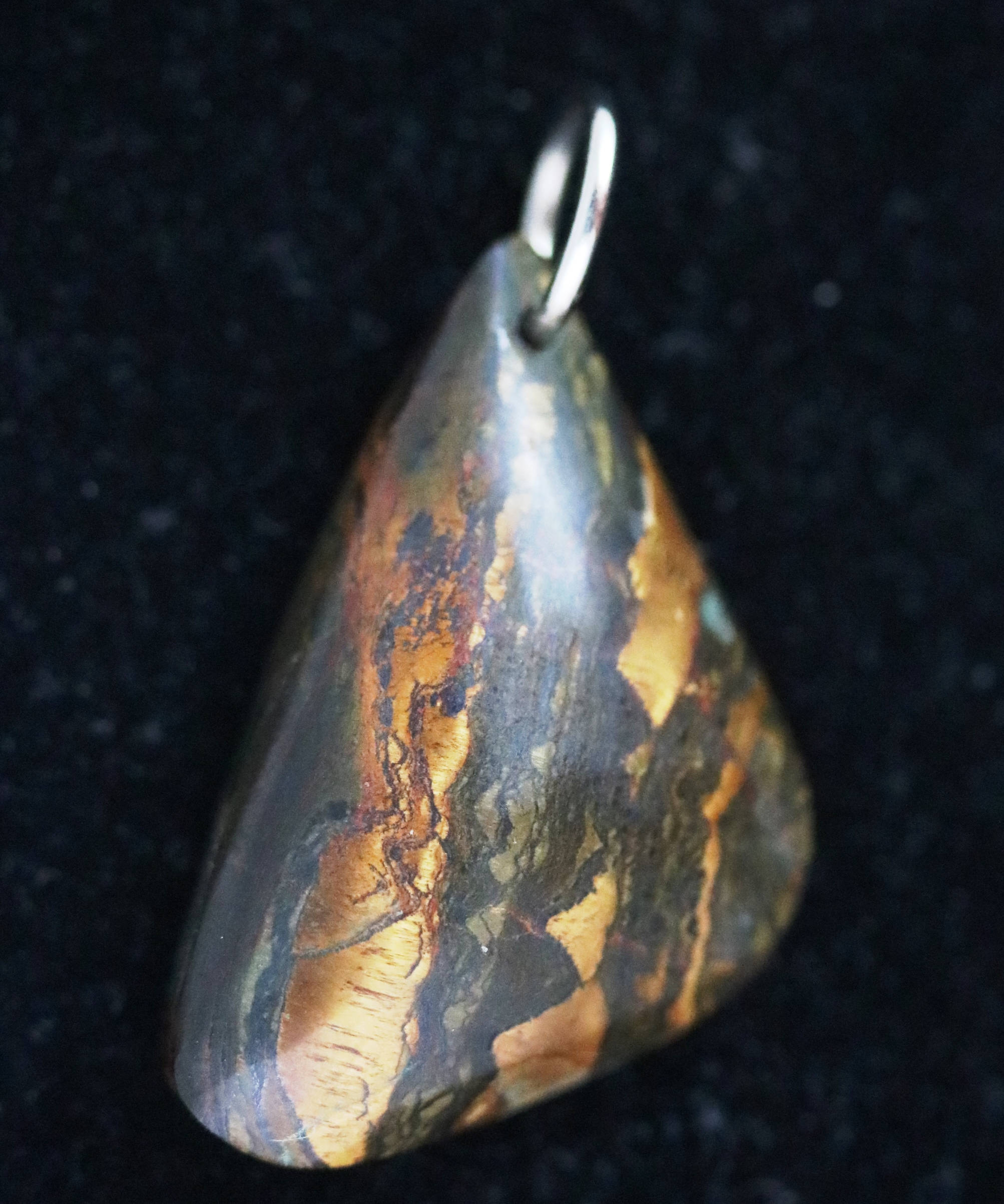 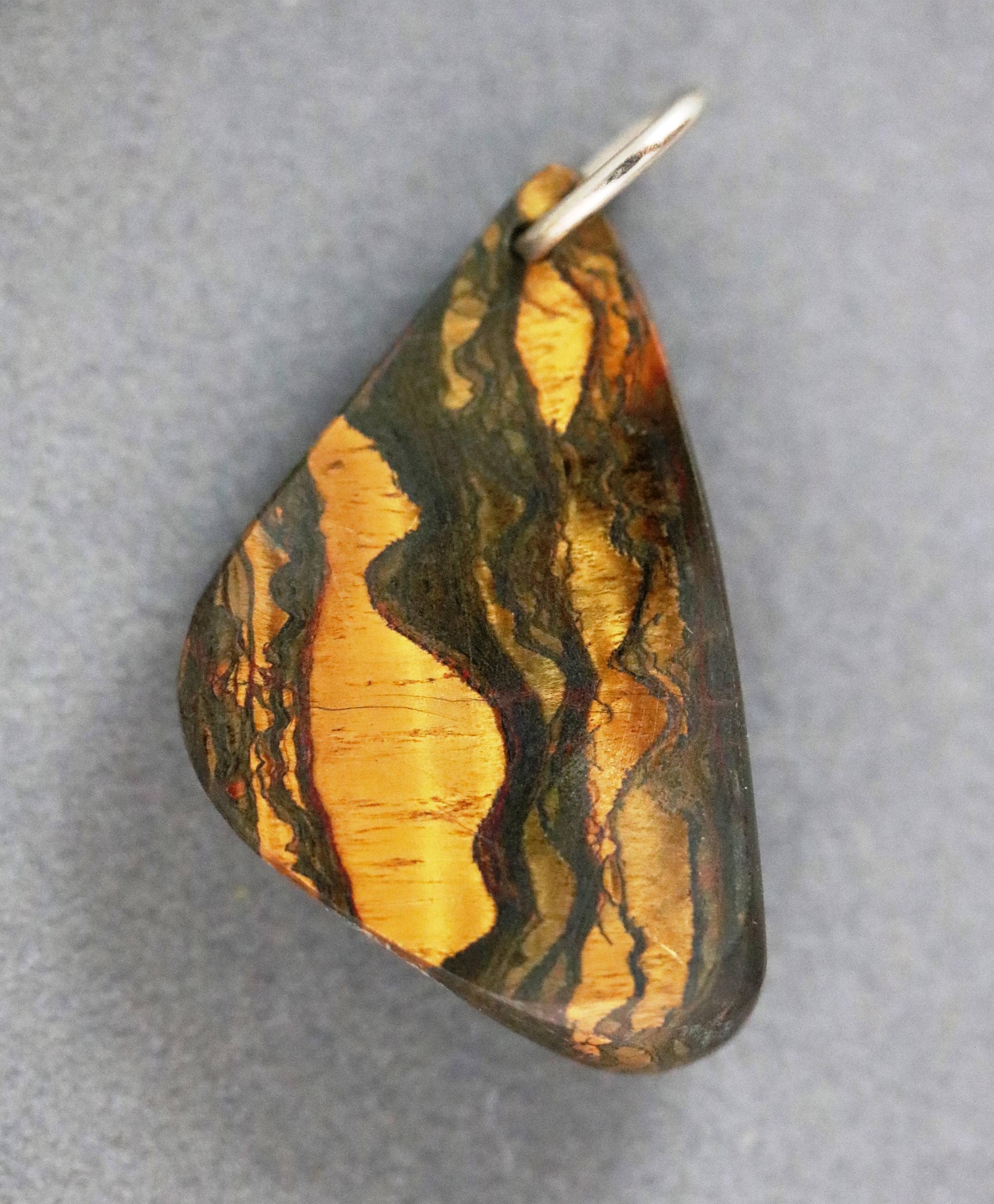 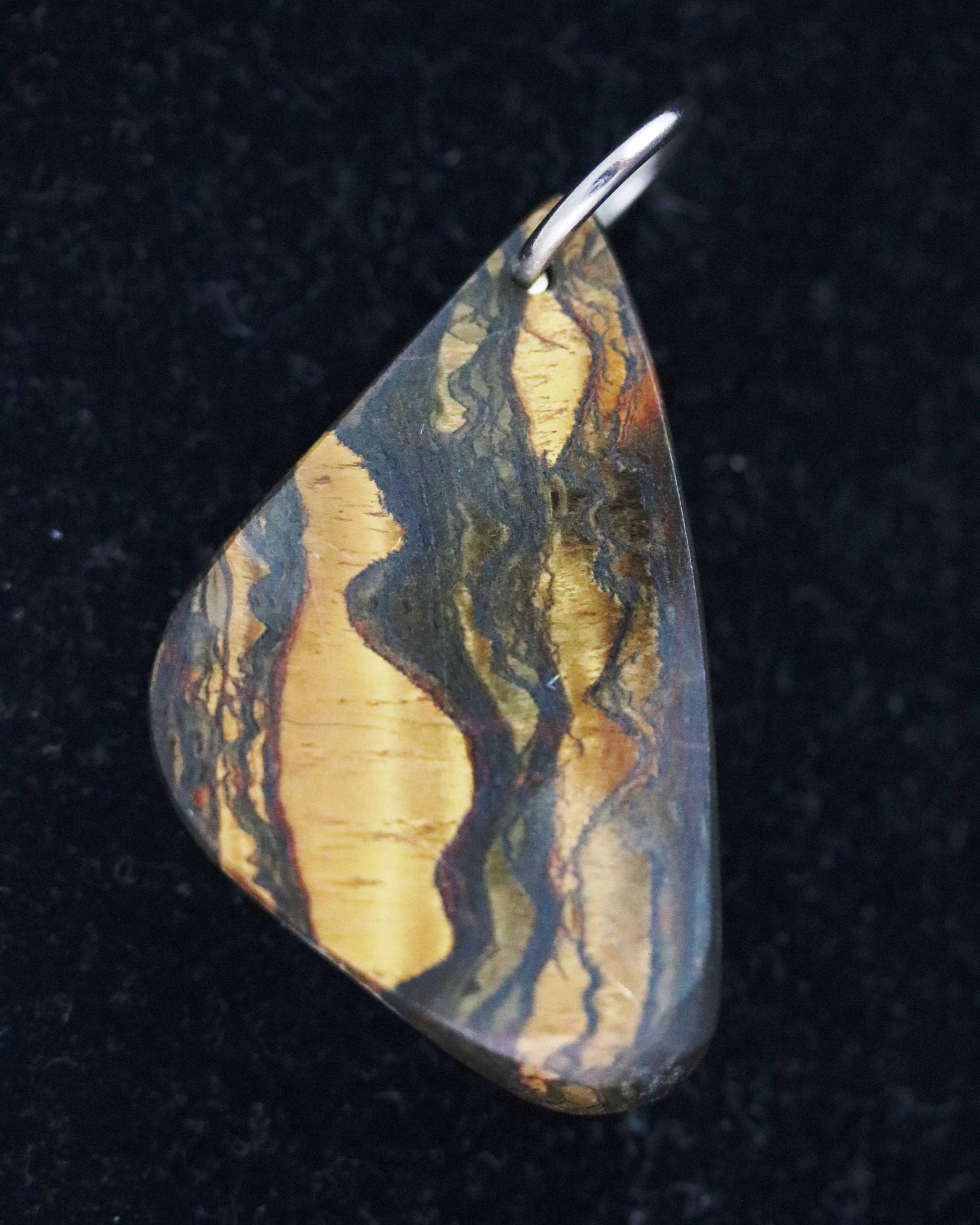 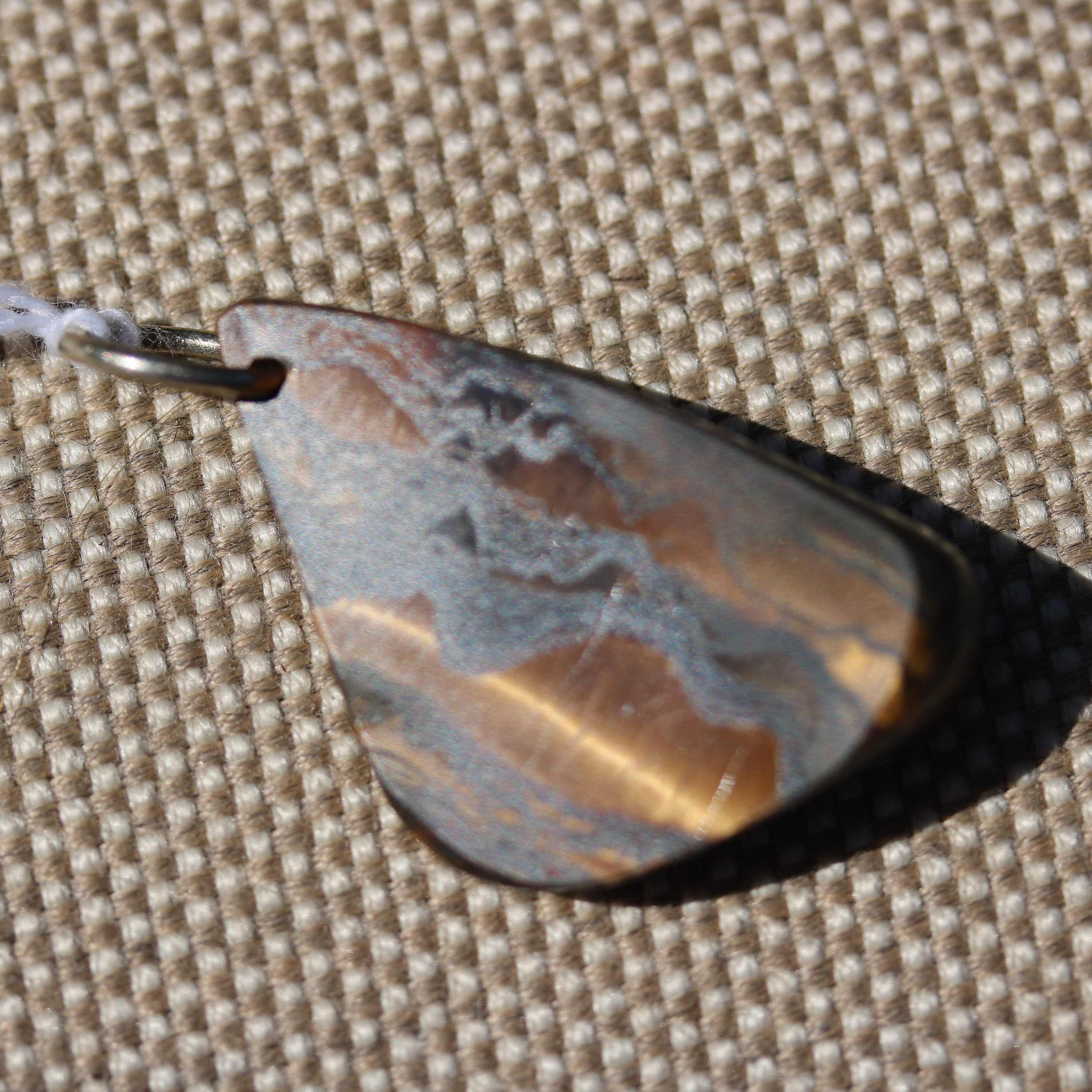 Tiger's Eye, Marra Mamba, pendant
Chatoyance or cat's eye effect, is an optical reflectance effect seen in certain gemstones. Coined from the French "œil de chat", meaning "cat's eye", chatoyancy arises either from the fibrous structure of a material, as in tiger's eye quartz, or from fibrous inclusions or cavities within the stone, as in cat's eye in Pietersite.
silver colored jump bail
50ct~10g
1.3"~33mm
Reversible- polished crown on one side, polished flat on other side

Tiger's Eye is the Planetary stone for Gemini (May 21-Jun. 20) and the accepted gem for the ninth wedding anniversary.
Tiger's eye (tigers eye, tiger eye, tiger iron) is a member of the quartz group of chalcedonies. It is one of the chatoyant gemstones. Chatoyancy exhibits a changeable silky luster as light is reflected within the thin parallel fibrous bands. This effect is due to the fibrous structure of the material.
Tiger Iron, or Tiger's Eye Matrix is when Tiger's eye forms together with brownish-red or metallic-gray Hematite, or yellow colored Limonite.

Tiger's eye is mined in Western Australia, South Africa, USA, Canada, India, Namibia, and Burma. This material is from Australia.