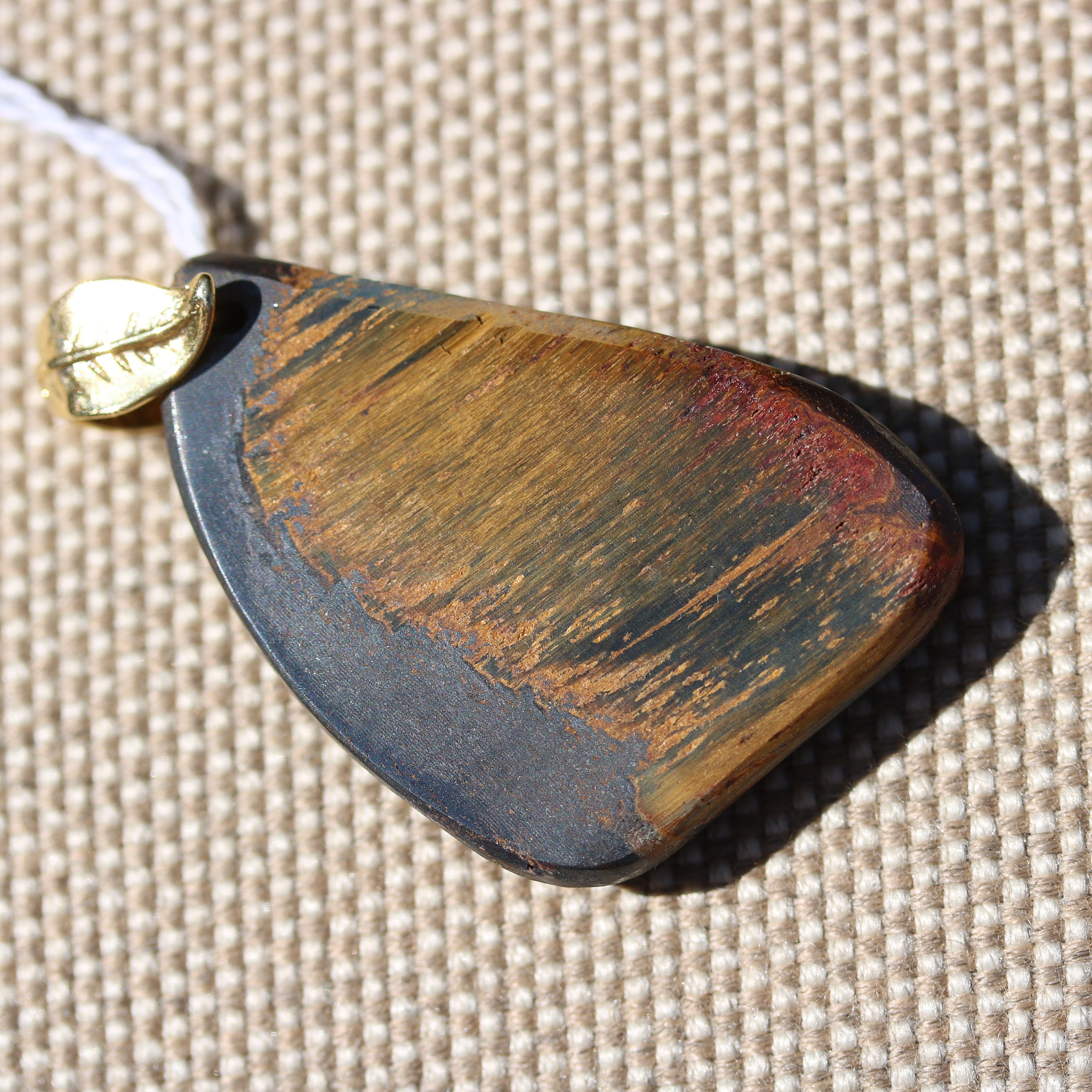 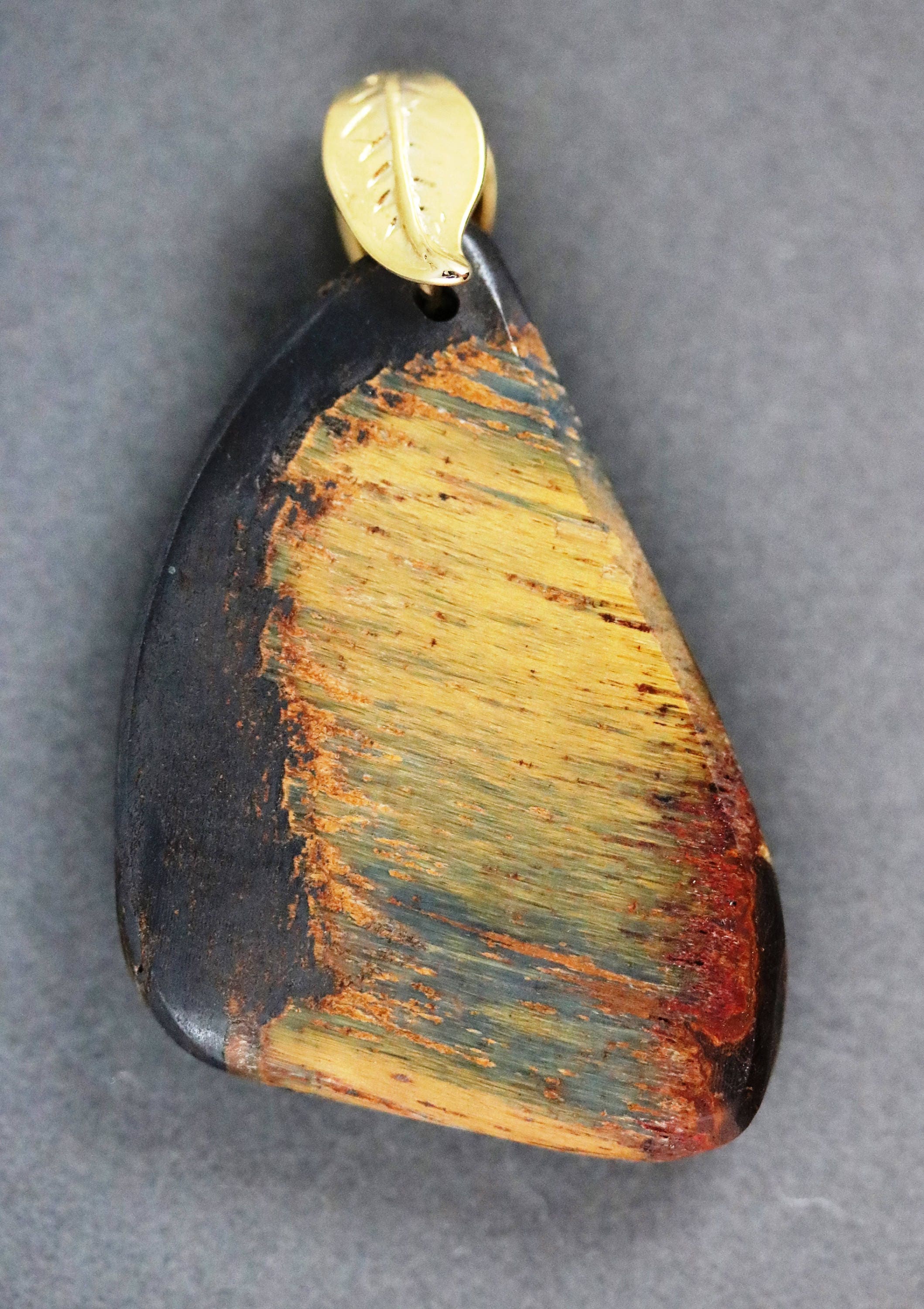 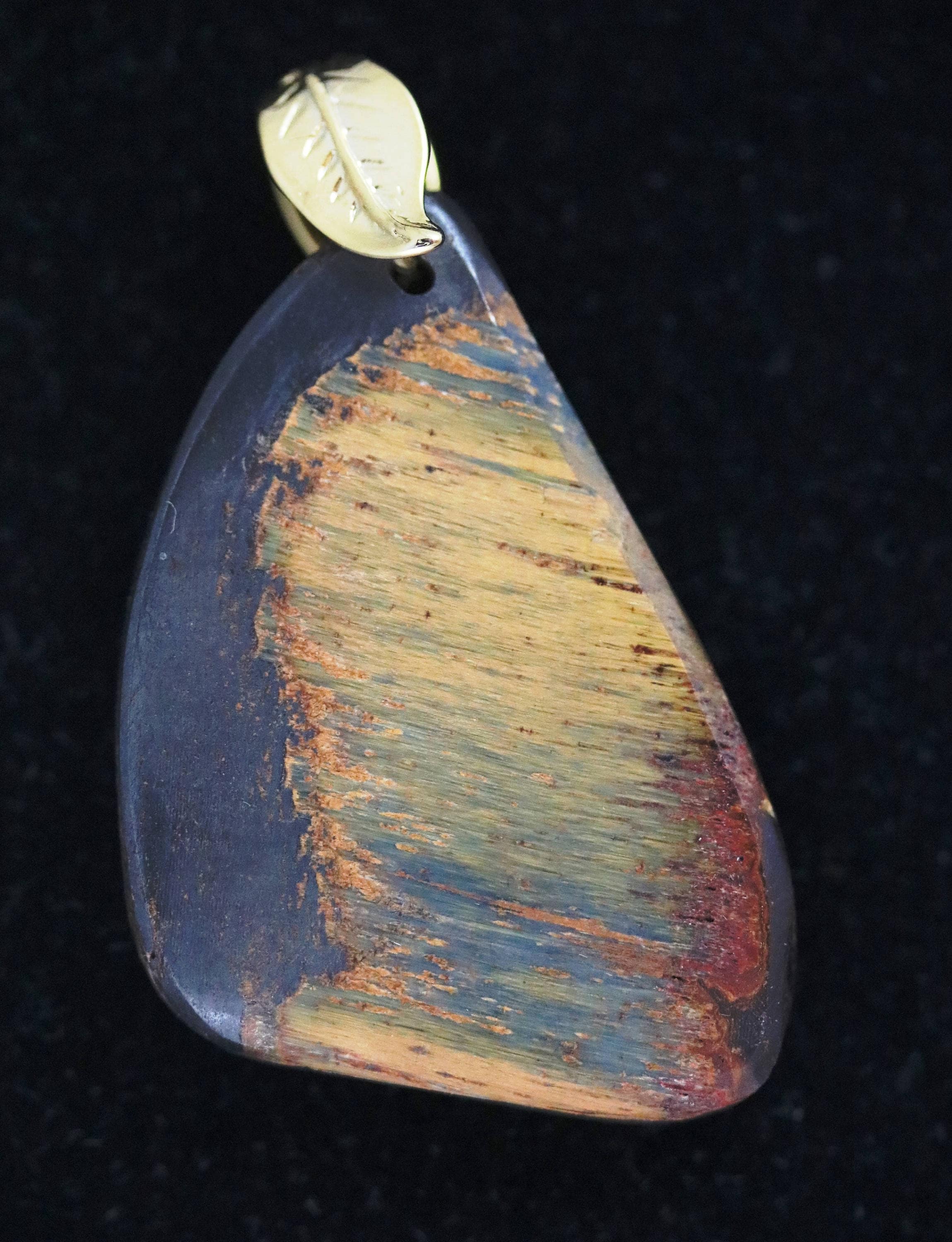 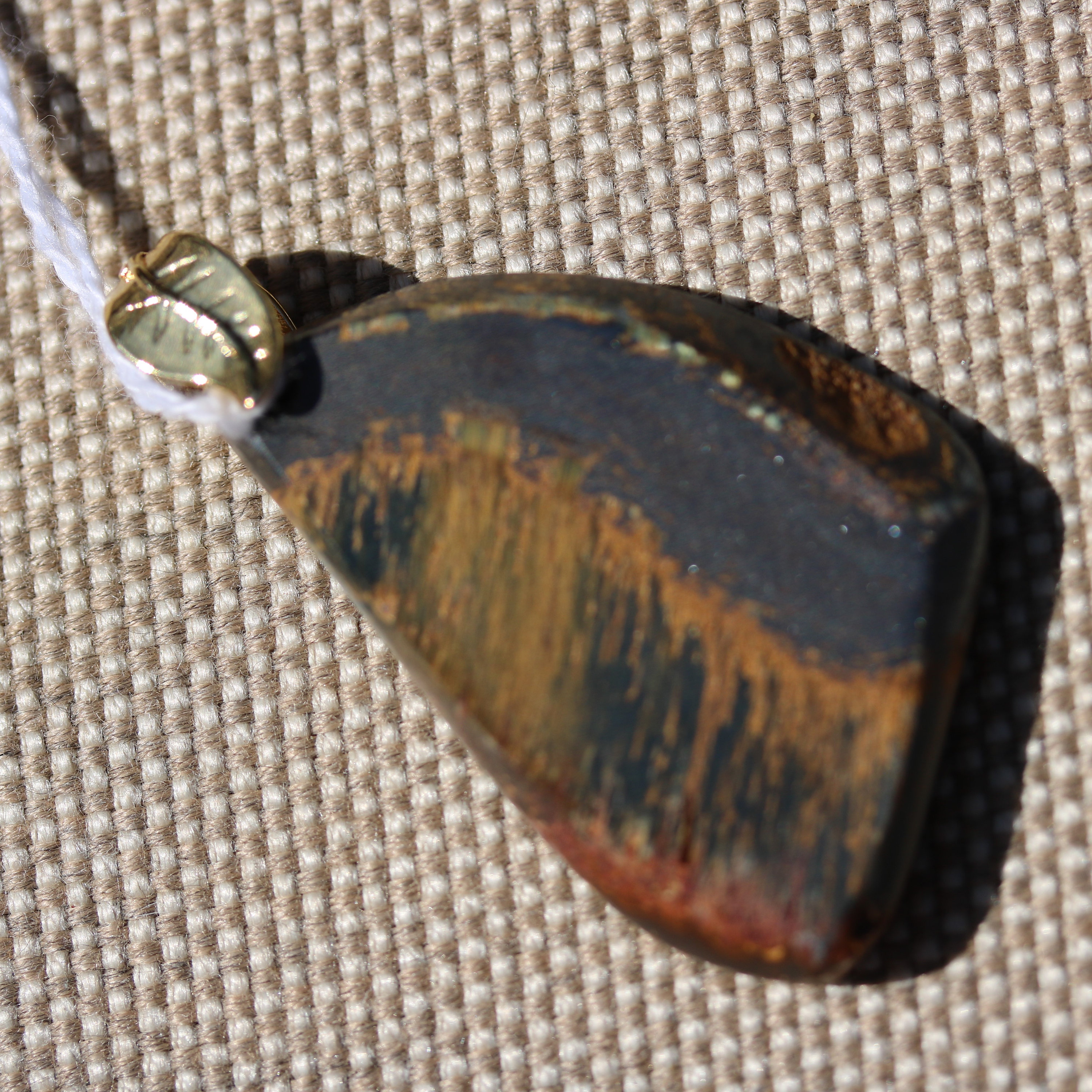 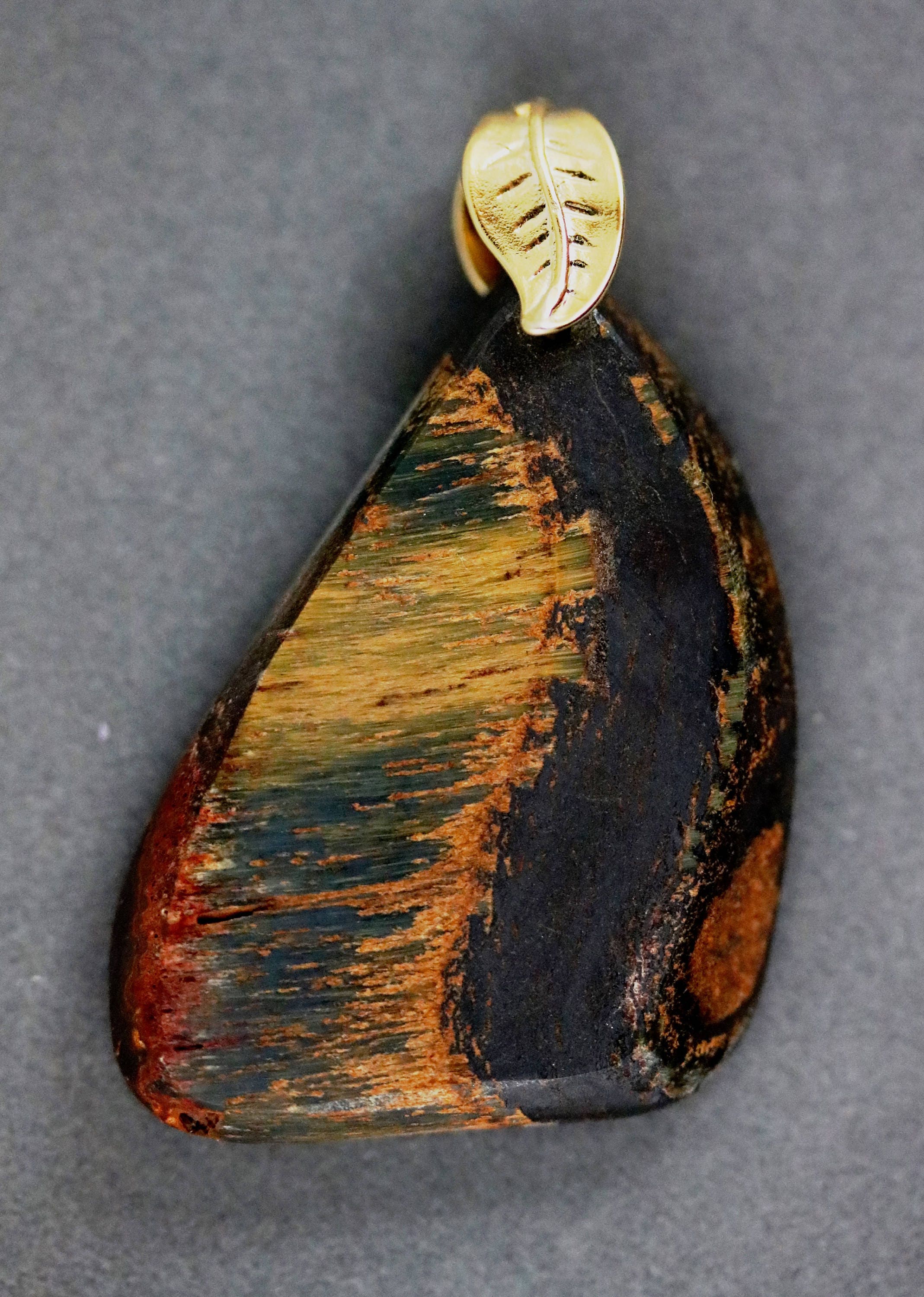 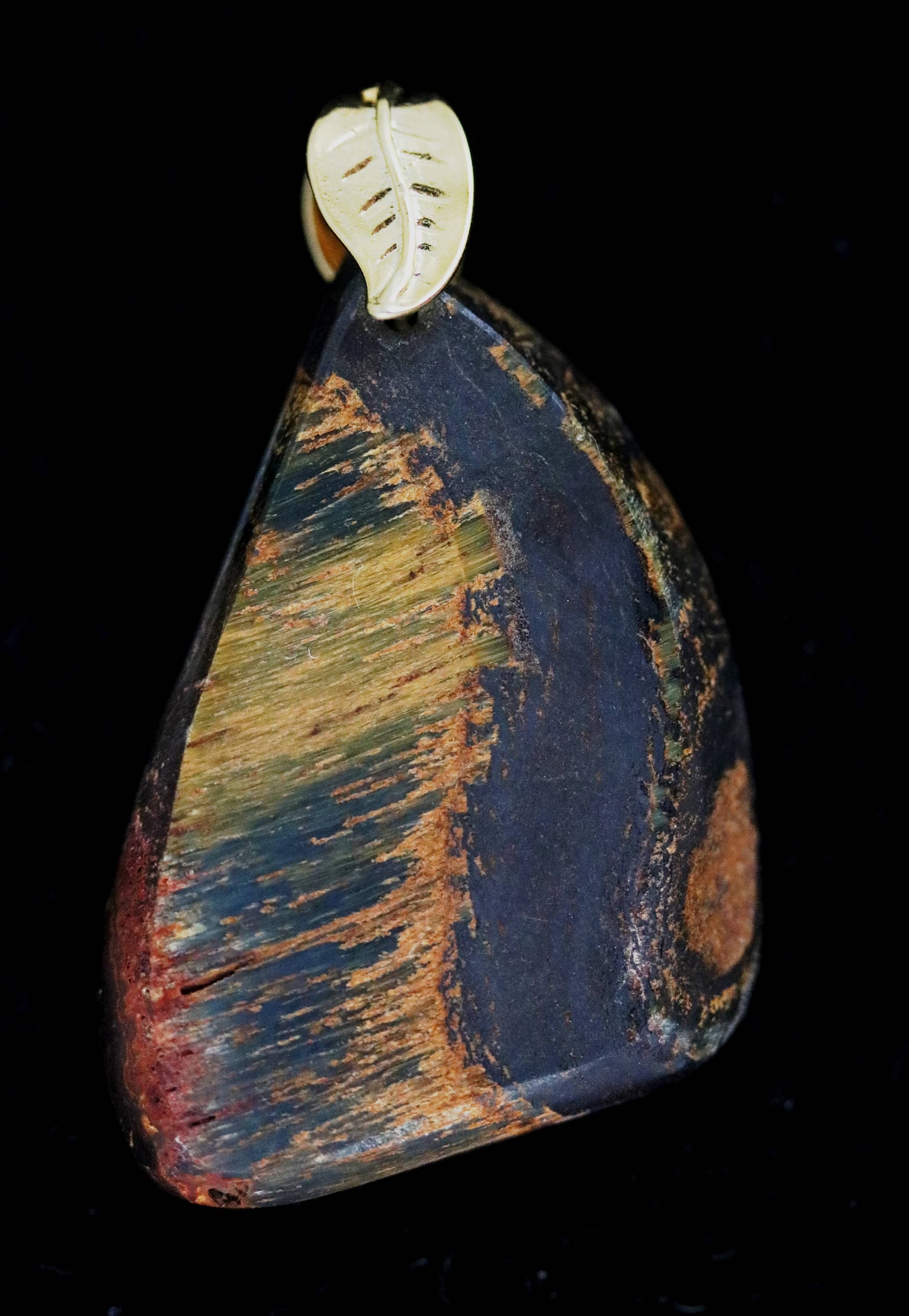 Tiger's Eye, Marra Mamba, pendant
Chatoyance or cat's eye effect, is an optical reflectance effect seen in certain gemstones. Coined from the French "œil de chat", meaning "cat's eye", chatoyancy arises either from the fibrous structure of a material, as in tiger's eye quartz, or from fibrous inclusions or cavities within the stone, as in cat's eye in Pietersite.
gold leaf bail
96ct~19g
1.8"~45mm
Reversible- polished flat on both sides

Golden, brown
Mara Mamba Tiger Eye is a rare variety of Tiger Eye found only in the Hamersley Ranges of the Pilbara region in Western Australia. Only two deposits have ever produced “true” Mara Mamba, a rare type with reds, blues, yellow, gold and greens.