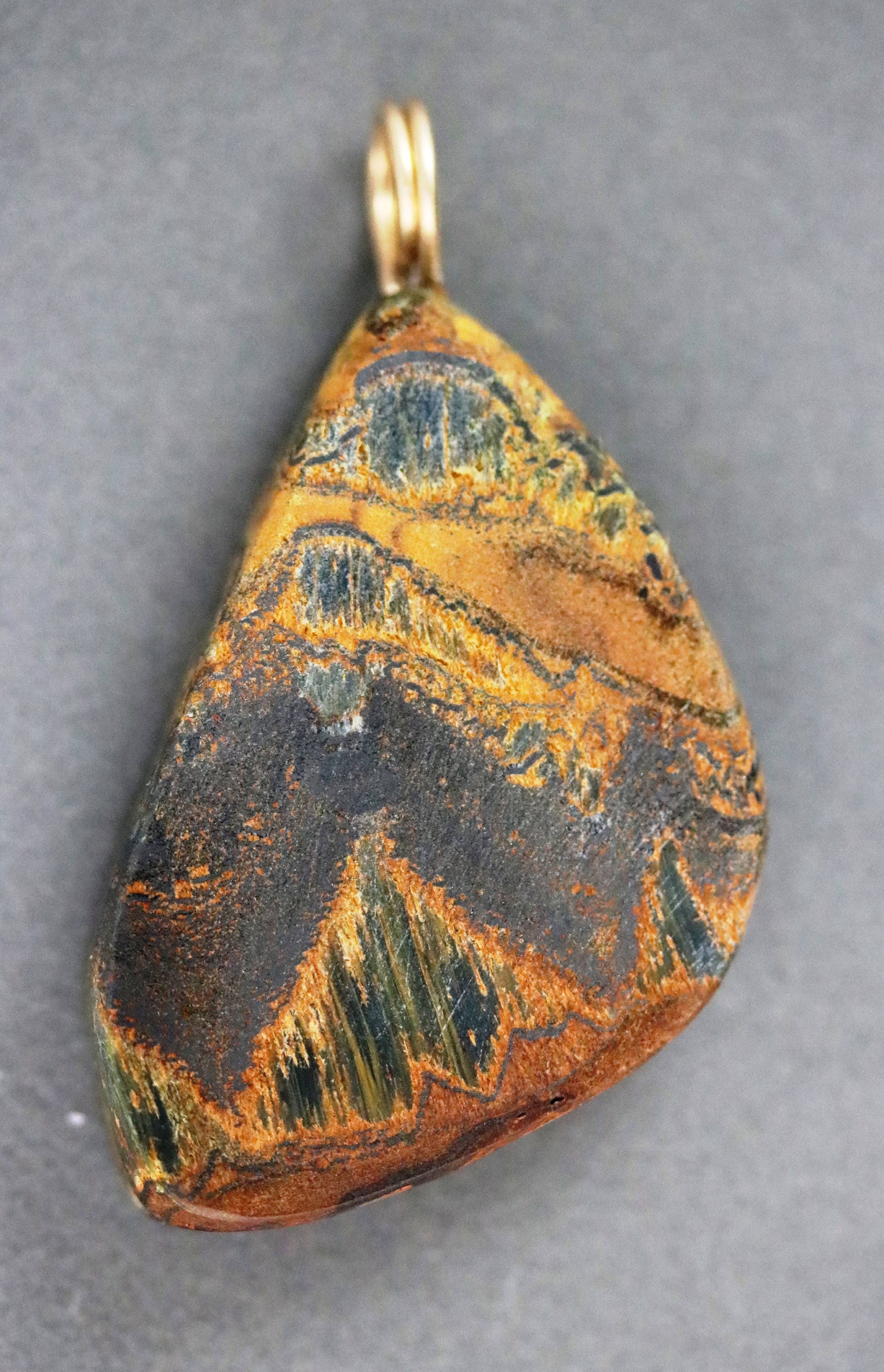 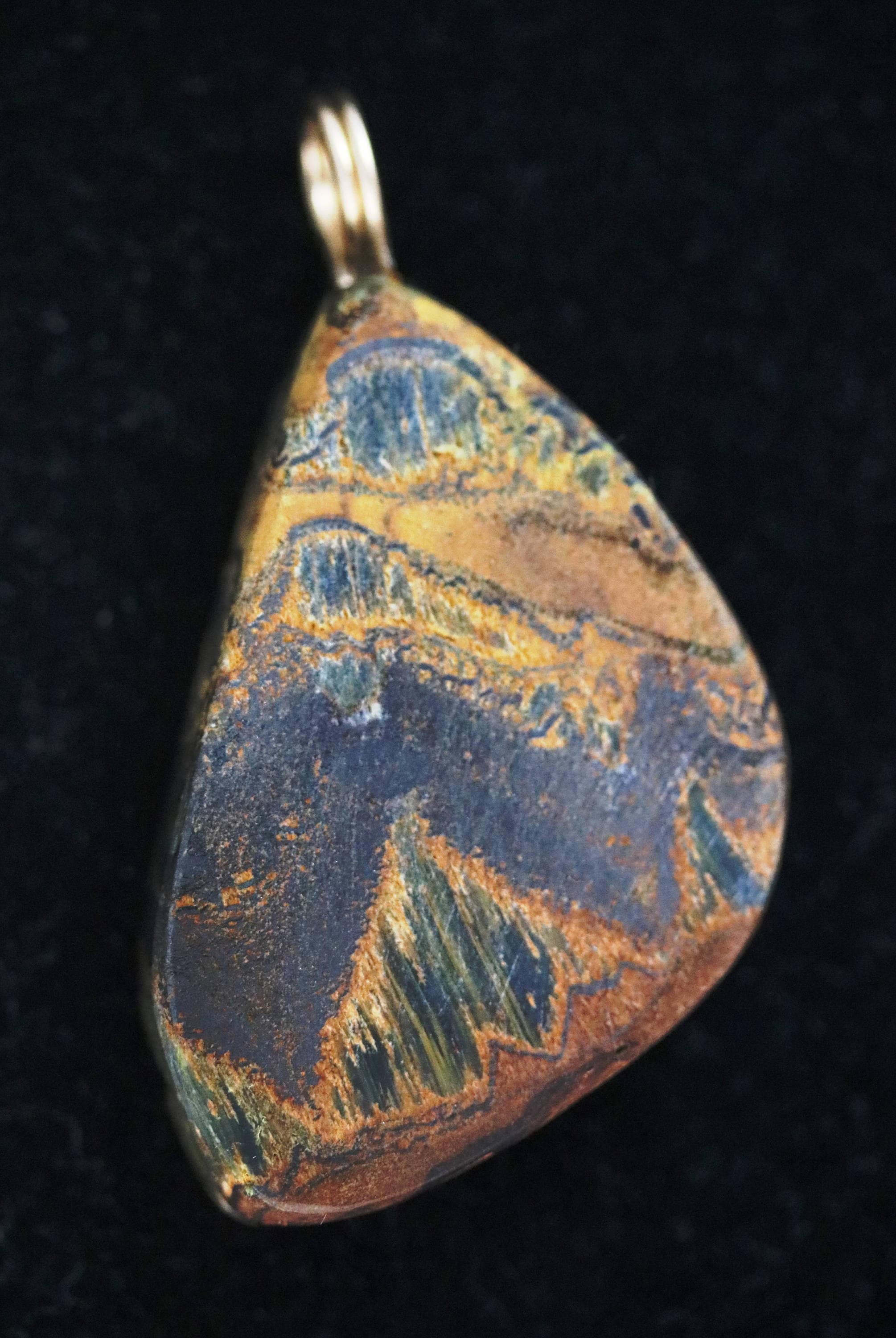 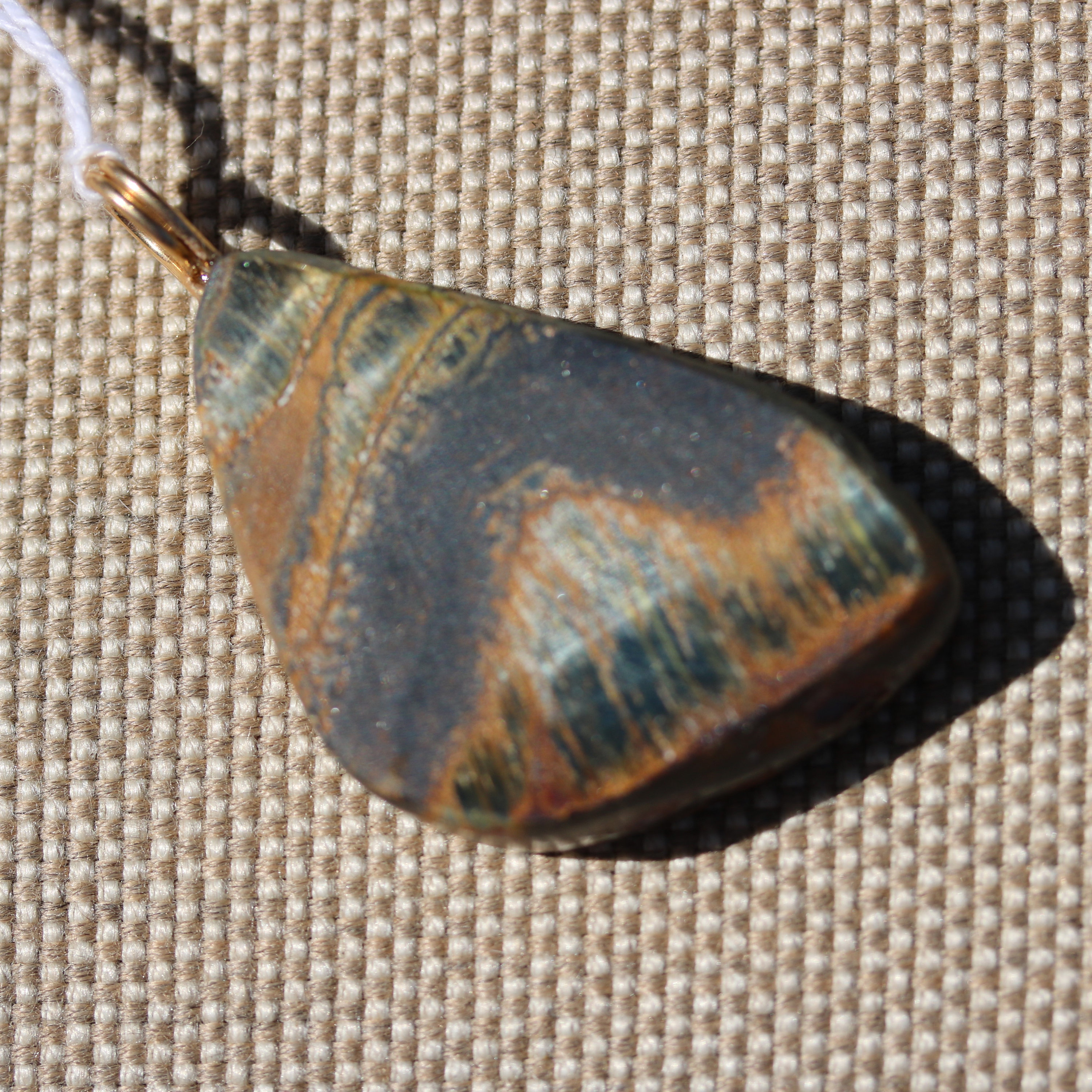 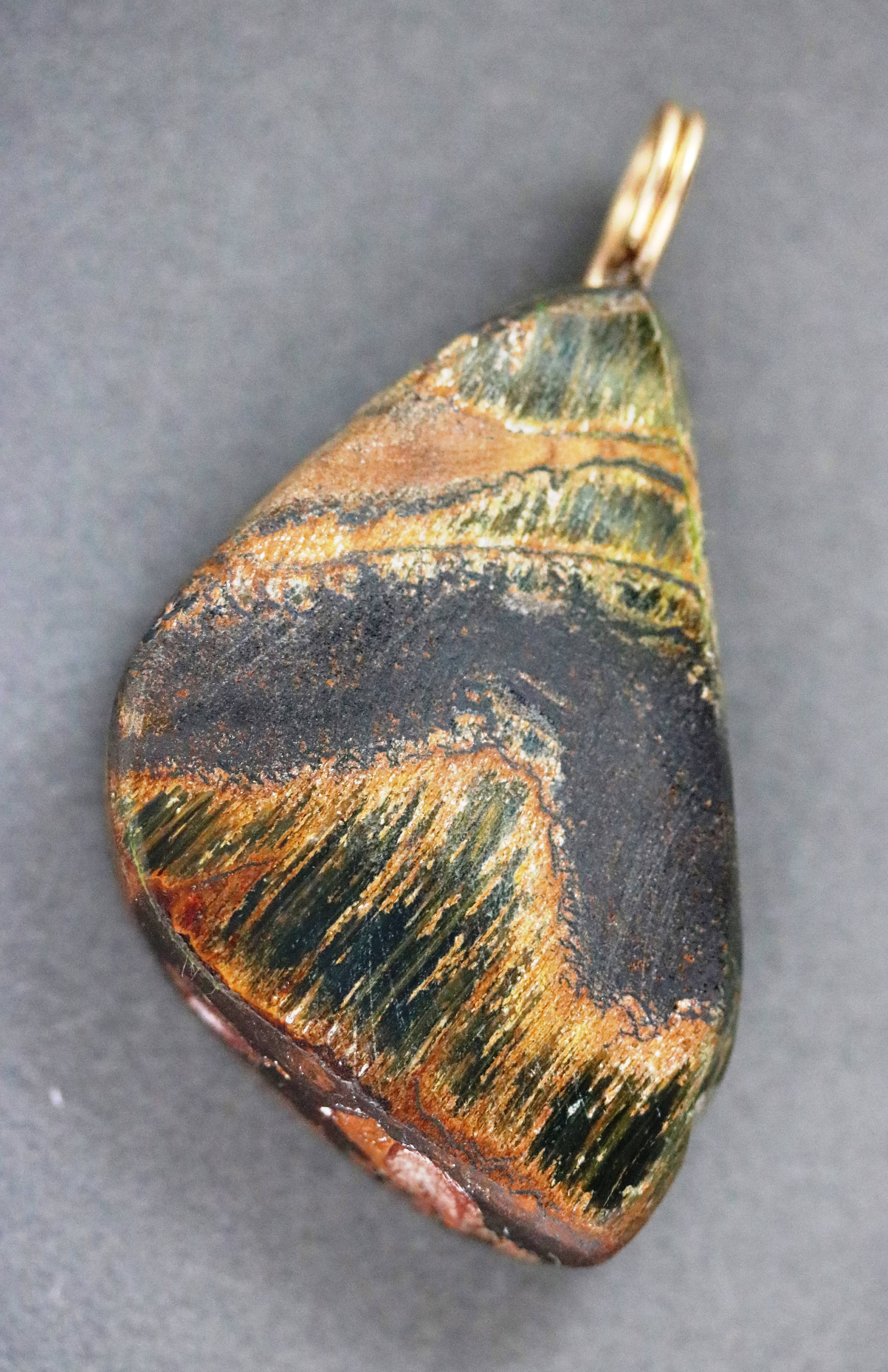 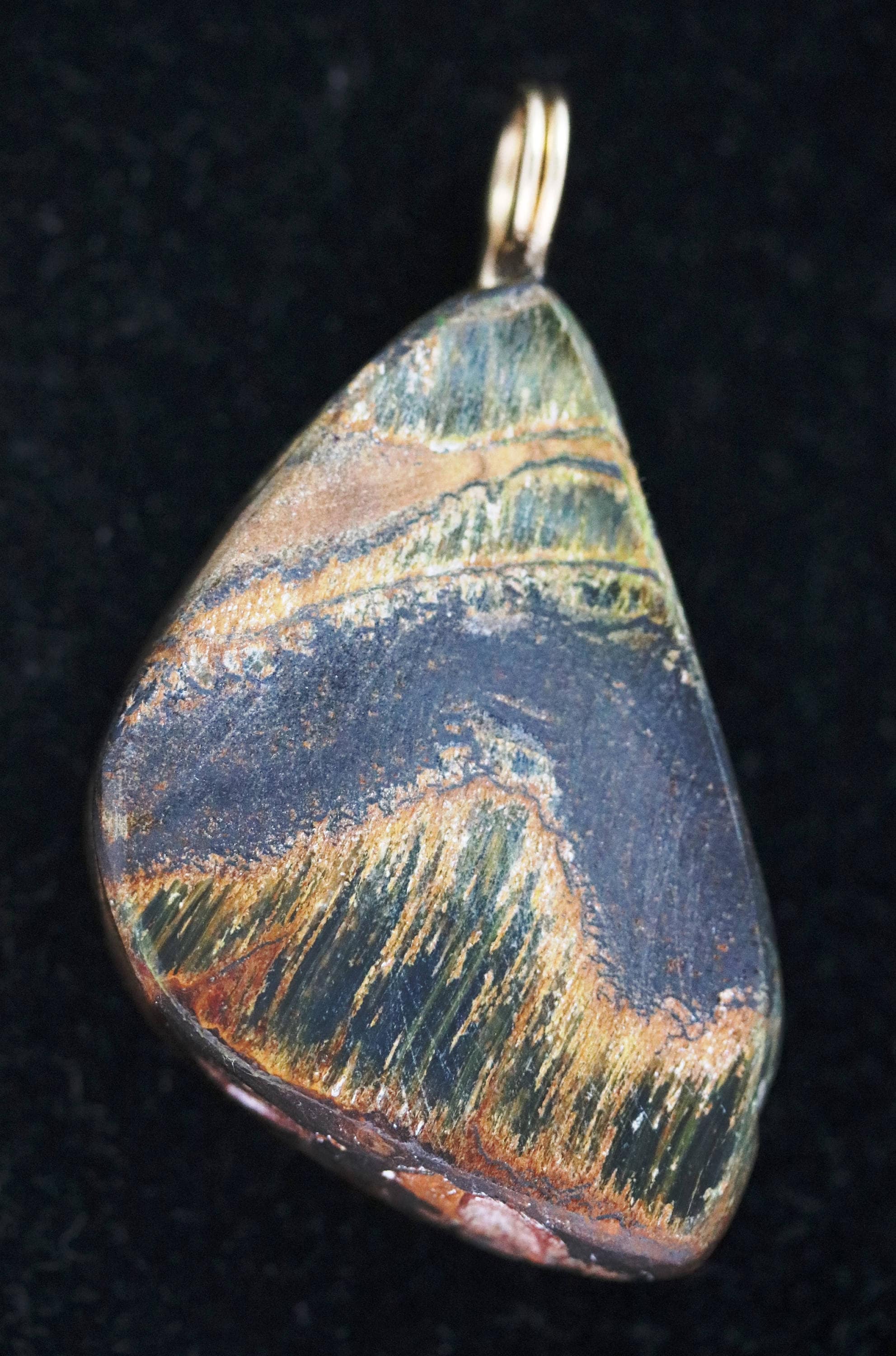 Tiger Eye, Marra Mamba, pendant
Chatoyance or cat's eye effect, is an optical reflectance effect seen in certain gemstones. Coined from the French "œil de chat", meaning "cat's eye", chatoyancy arises either from the fibrous structure of a material, as in tiger's eye quartz, or from fibrous inclusions or cavities within the stone, as in cat's eye in Pietersite.
brass twirl bail
130ct~26g
1.8"~45mm
Reversible- polished flat on both sides

Tiger Iron, or Tiger's Eye Matrix is when Tiger's eye forms together with brownish-red or metallic-gray Hematite, or yellow colored Limonite.
Tiger iron is composed of tiger's eye, red jasper and black hematite. The rippled wavy bands of color often resemble a scenic view. Marra Mamba is a form of tiger iron found in one area of Australia near Mount Brockman. It is a very rare type of tiger iron that contains shades of red, green, yellow, and blue. This area has been mined out for many years so very little of the "true" marra mamba is available today.