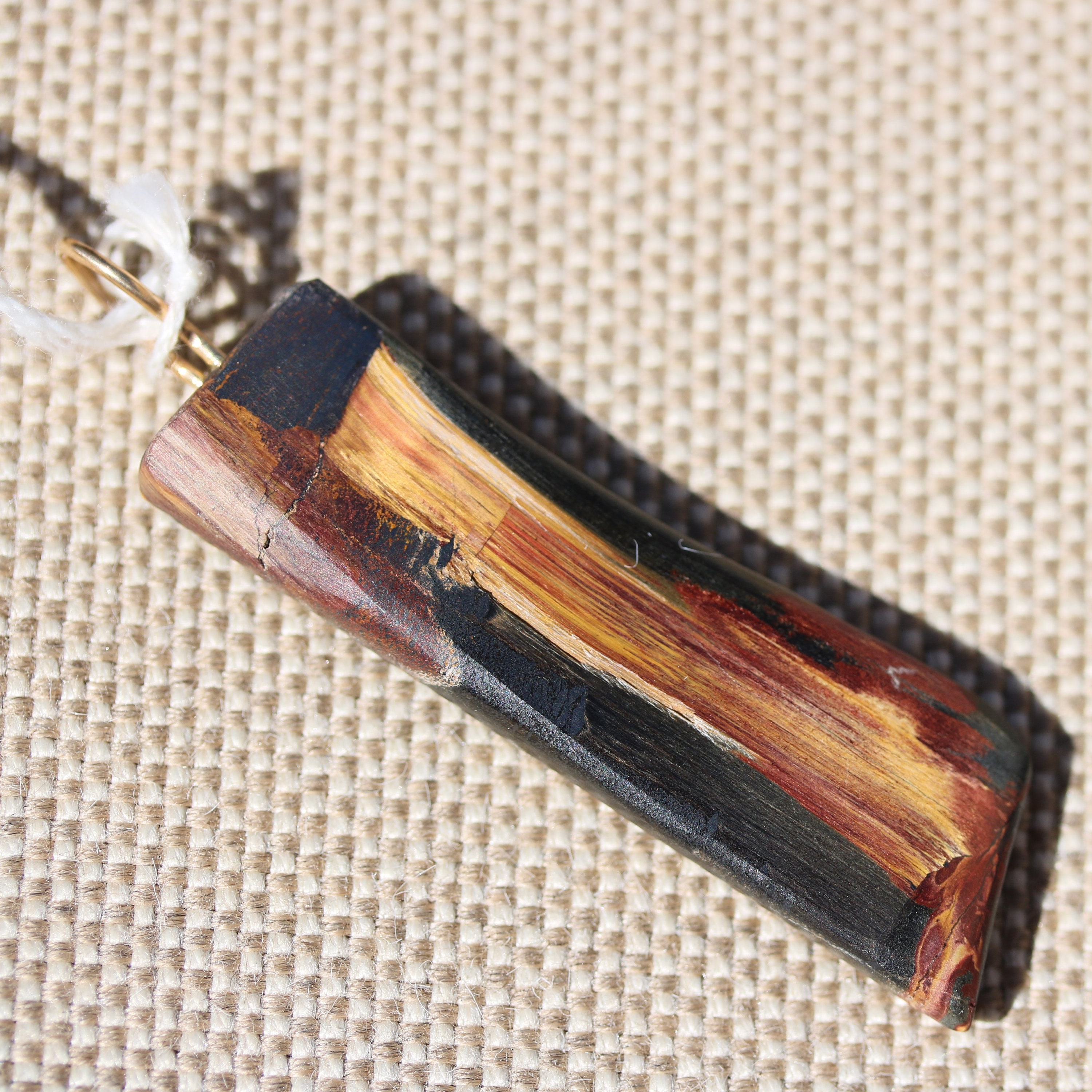 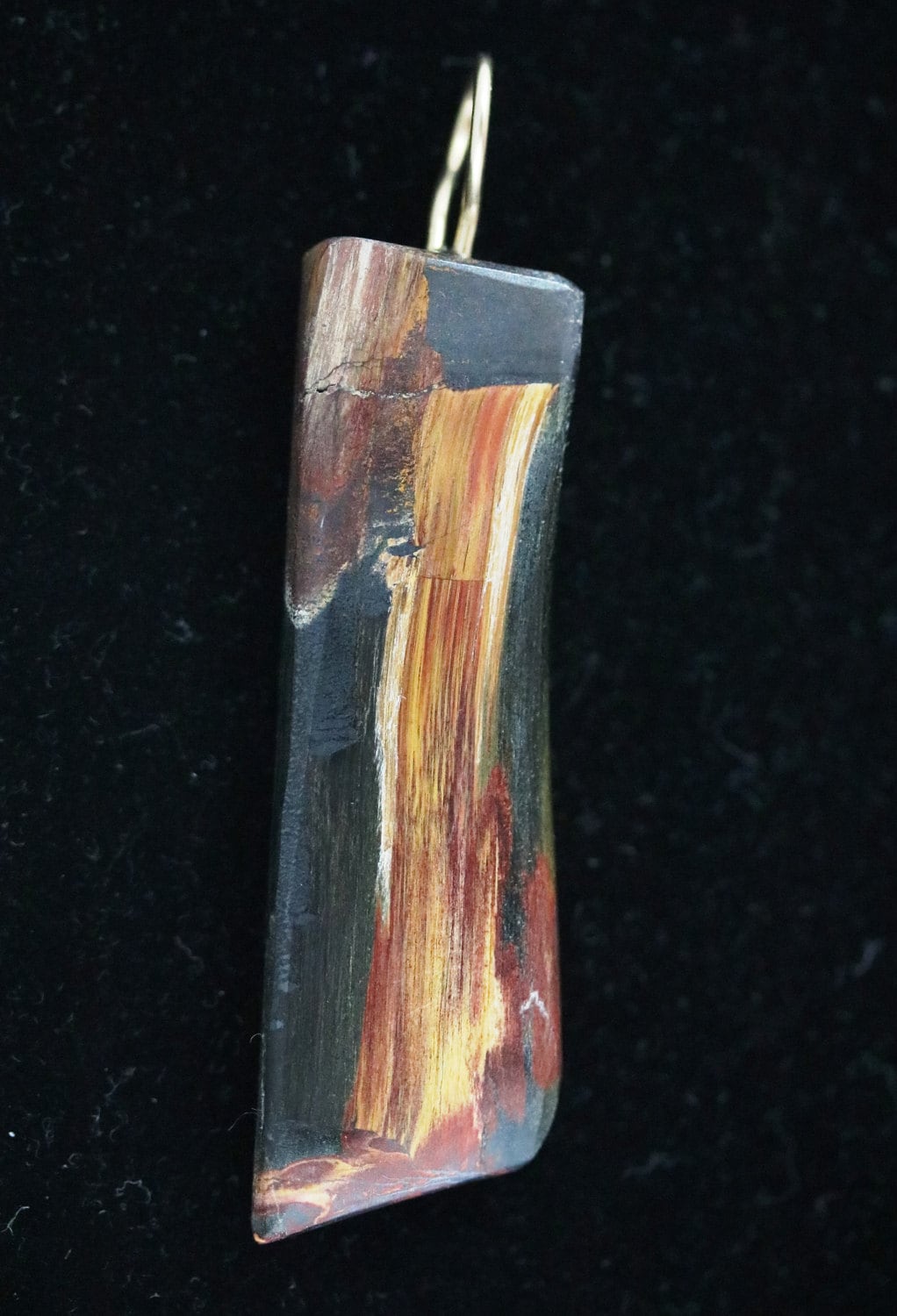 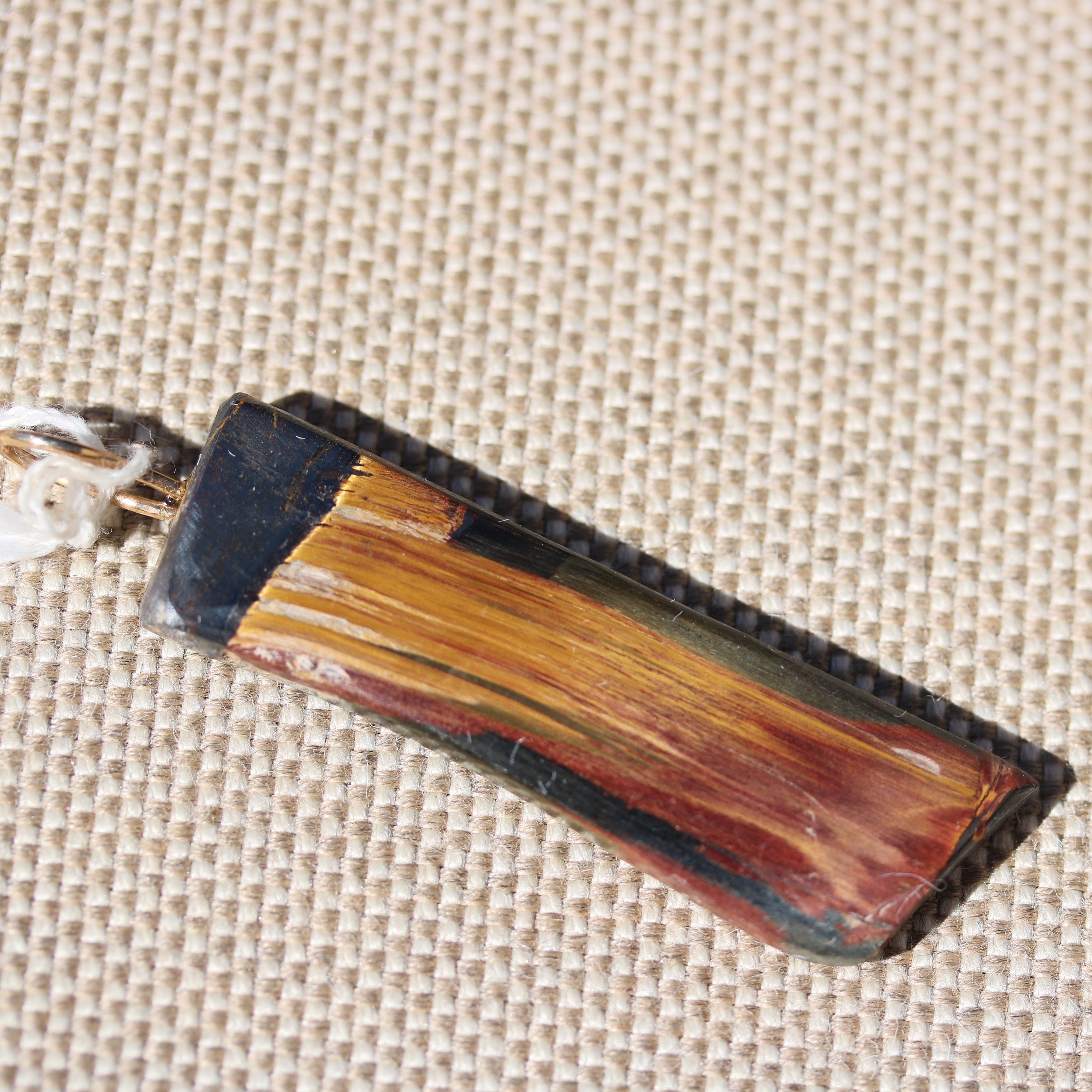 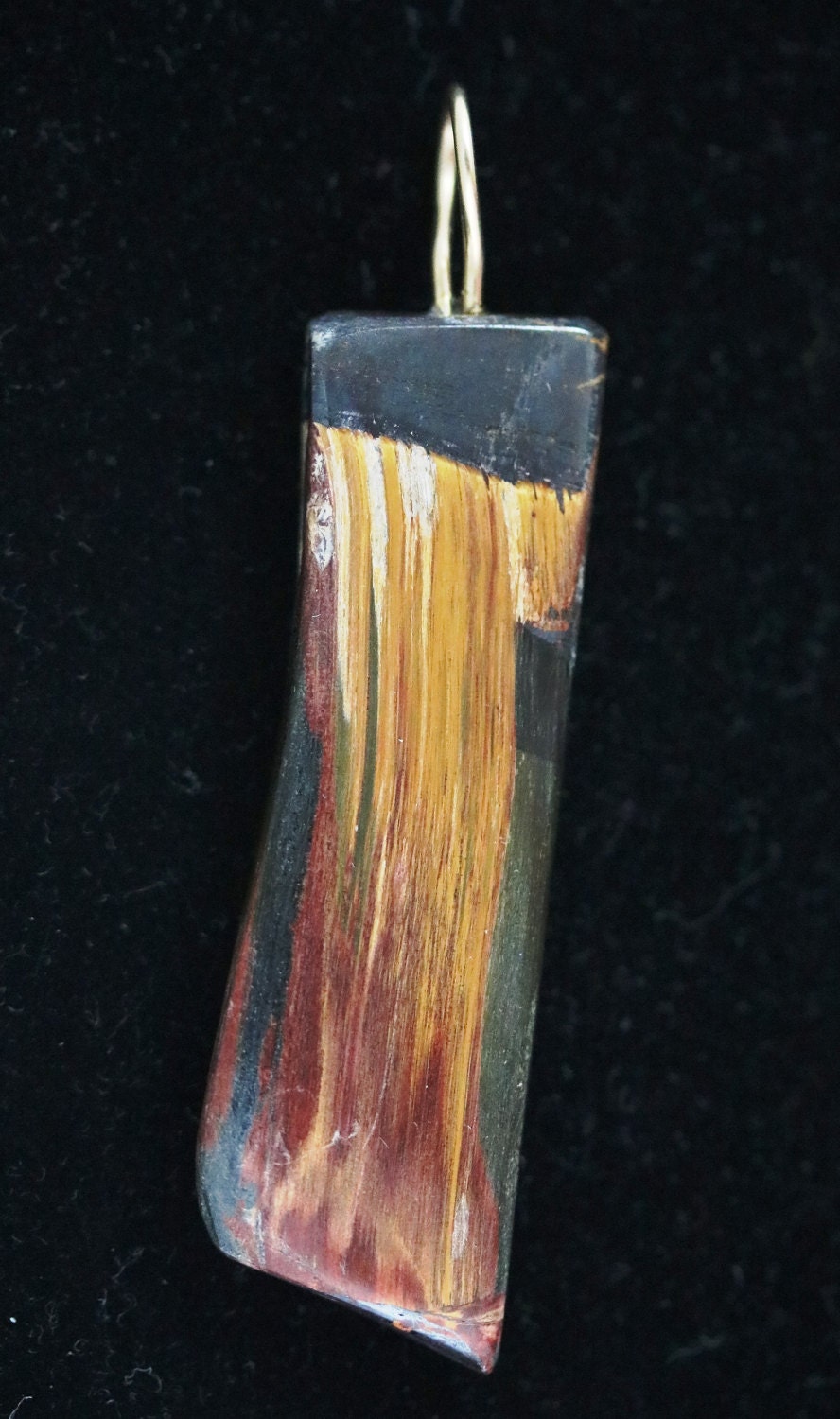 Tiger's eye is a gold-brown, opaque gemstone variety of fibrous quartz. More specifically, it is a variety of macrocrystalline quartz. However, unlike most quartz gemstones, tiger's eye is actually a 'pseudomorph' of quartz. A 'pseudomorph' is what geologists refer to as any mineral that transforms into another mineral. In the case of tiger's eye, it began as crocidolite, but was later transformed into quartz. Crocidolite is one of the several forms of asbestos. It is a fibrous blue mineral and belongs to the riebeckite family of amphibole silicates. The transformation of tiger's eye begins when quartz slowly becomes embedded between the fibers of crocidolite, eventually the quartz completely replaces crocidolite while still retaining the original fibrous shape.
Tiger's eye is famed for its remarkable chatoyancy and its attractive golden brown colors. It is closely related to hawk's eye and pietersite, both of which exhibit similar chatoyancy. Tiger's eye is actually formed from hawk's eye. During the pseudomorph transformation process, materials that contain more iron oxide result in brownish tiger's eye; less oxidation and less iron tends toward the original blue color of crocidolite. Technically, the term pietersite may be used to describe any brecciated tiger's eye or hawk's eye. Brecciated stones are rocks which are composed of materials that have been broken apart, swirled around, and then later reformed and cemented together by quartz or another type of host or matrix material. This results in a more chaotic chatoyancy, rather than the linear chatoyancy of regular hawk's eye and tiger's eye.
Tiger's Eye is the Planetary stone for Gemini (May 21-Jun. 20) and the accepted gem for the ninth wedding anniversary.
Tiger's eye (tigers eye, tiger eye, tiger iron) is a member of the quartz group of chalcedonies. It is one of the chatoyant gemstones. Chatoyancy exhibits a changeable silky luster as light is reflected within the thin parallel fibrous bands. This effect is due to the fibrous structure of the material.
Tiger iron is composed of tiger's eye, red jasper and black hematite. The rippled wavy bands of color often resemble a scenic view. Marra Mamba is a form of tiger iron found in one area of Australia near Mount Brockman. It is a very rare type of tiger iron that contains shades of red, green, yellow, and blue. This area has been mined out for many years so very little of the "true" marra mamba is available today.
The exceptional looking pieces of marra mamba tiger's iron rough from Australia has a greenish cast with shades of brown, golden yellow, red and blue veining. Because the minerals in this stone are of varying hardness, it is difficult to polish without under cutting.
Marra Mamba Tiger Eye is from Australia, and Marra Mamba is considered the Rolls Royce of all tiger eye by many collectors and lapidarists.