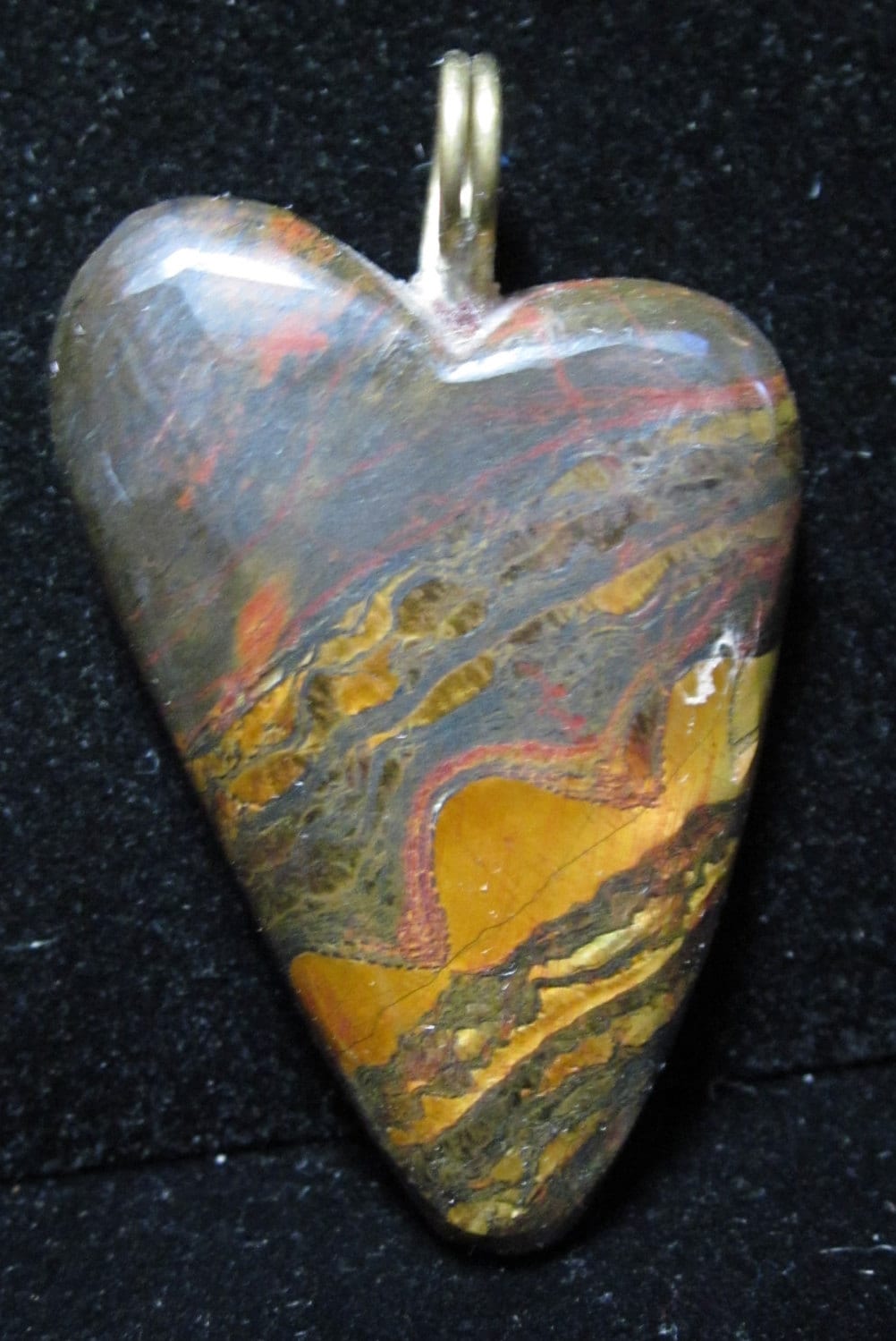 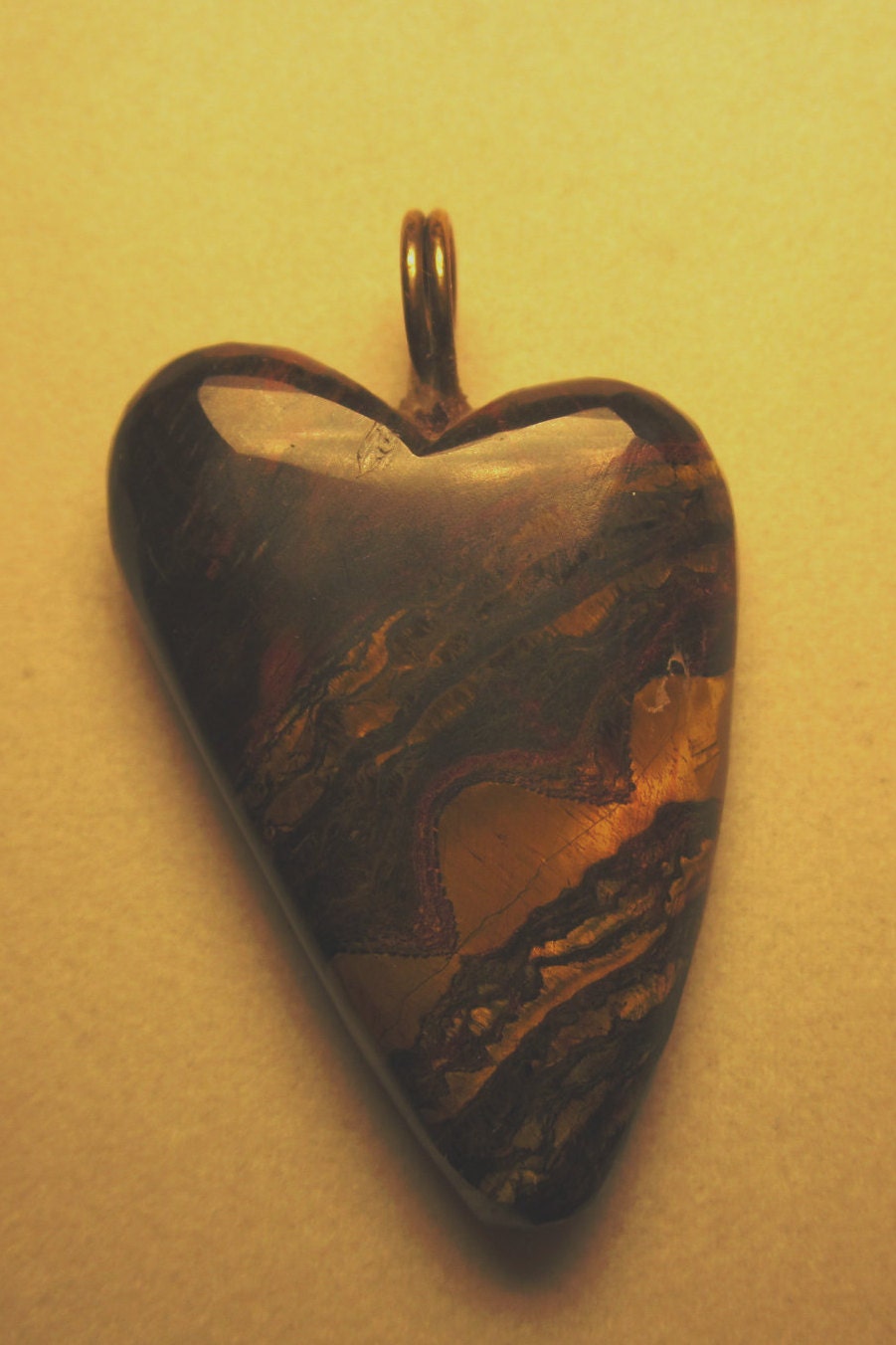 Heart Shaped Pendant. I call my Heart Pendants "Baroquen Hearts", because the shape is shifted away from symmetry, and may be pointed., Marra Mamba Tiger Eye
98ct ~ 20g