Natural Jade pendant, Jadeite, oval, Big Backbone, pewter bail 223ct
JimzGemz brings you novel gemstones- pendants & earrings that are made from minerals from around the world, and a few novel materials like Fordite (dried paint from the Detroit car paint booths, etc.) 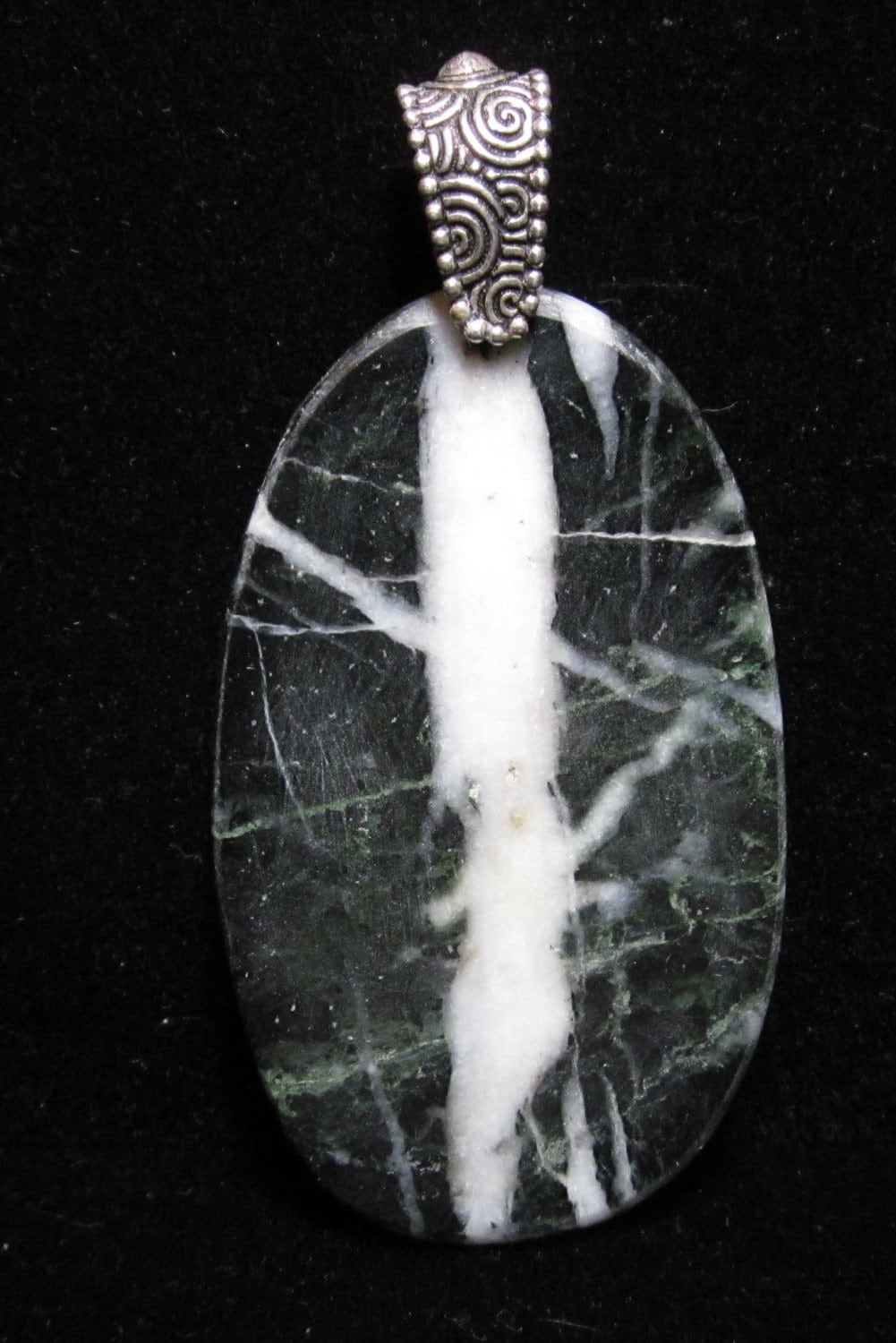 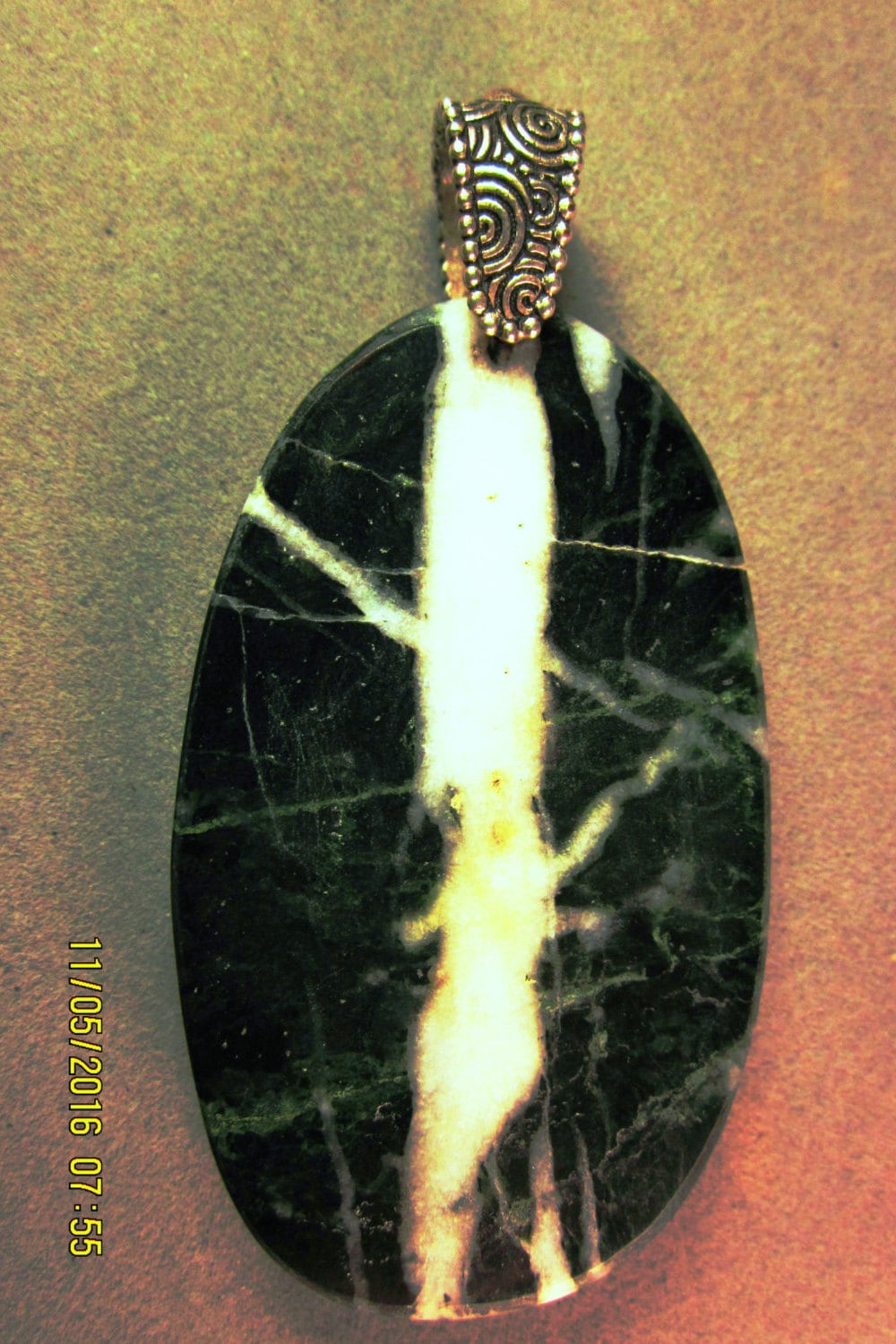 How do I know it is Jadeite (and not the more common and less costly nephrite?). I tested it using a laser induced breakdown spectrometer. It has sodium (Na), and there is No Na in Nephrite (catchy, ha!).

The pewter bail can be swapped with some other bails you see on this website, or see Bail Upgrades listing.

The provenance of this Jadeite is unknown, but probably SE Asia.