Natural Jade pendant, purple, Turkish, oval, brass twirl bail 186ct
JimzGemz brings you novel gemstones- pendants & earrings that are made from minerals from around the world, and a few novel materials like Fordite (dried paint from the Detroit car paint booths, etc.) 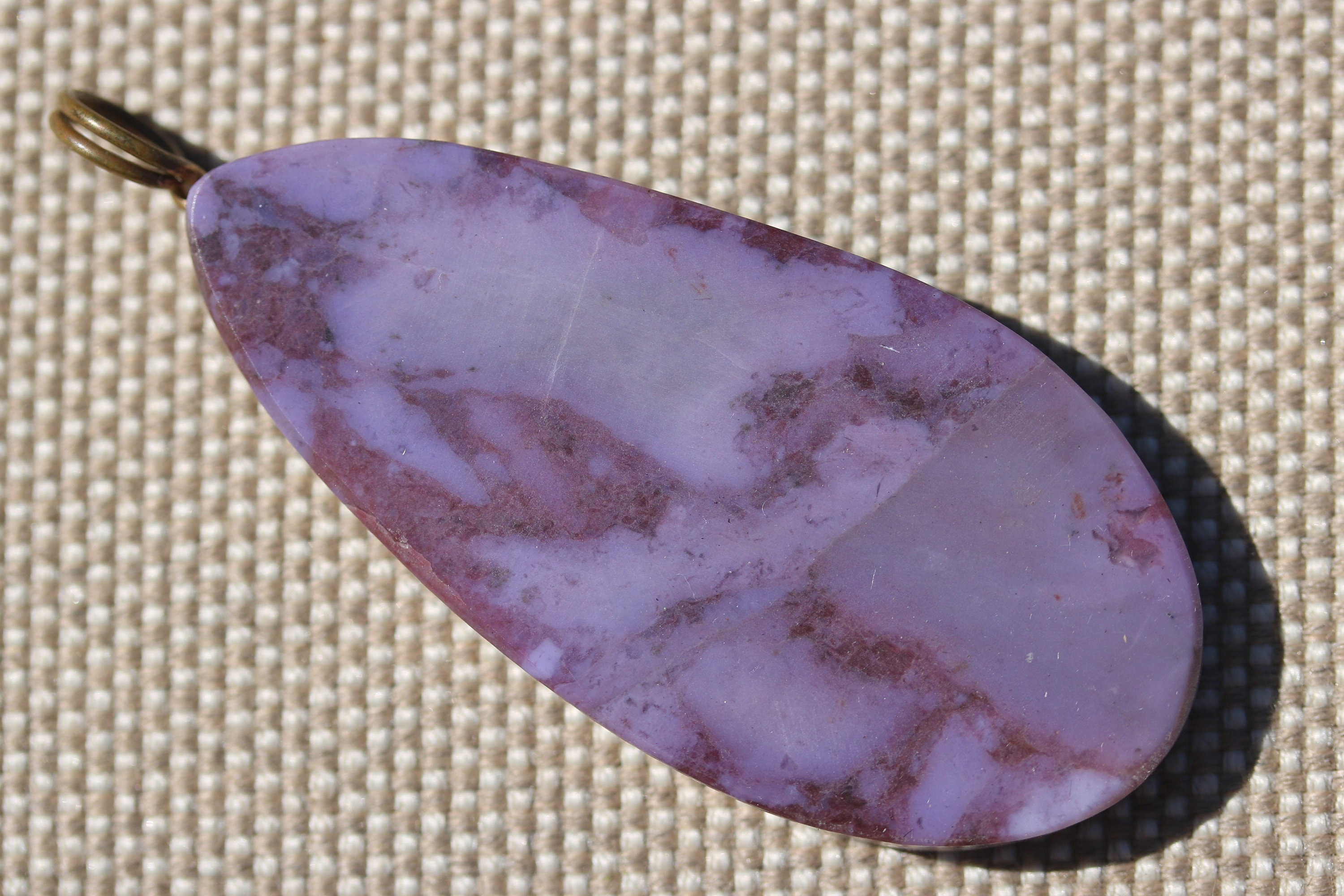 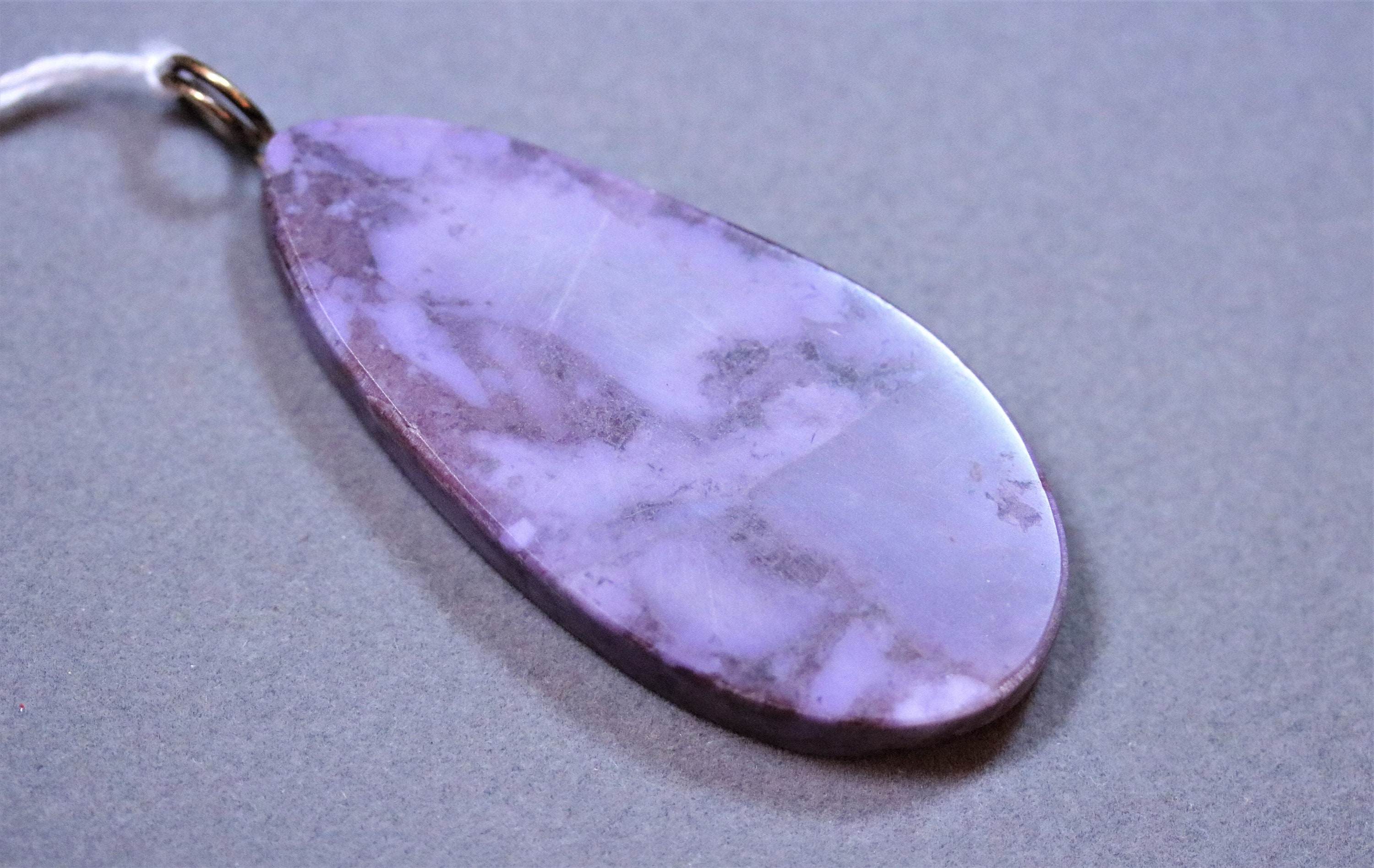 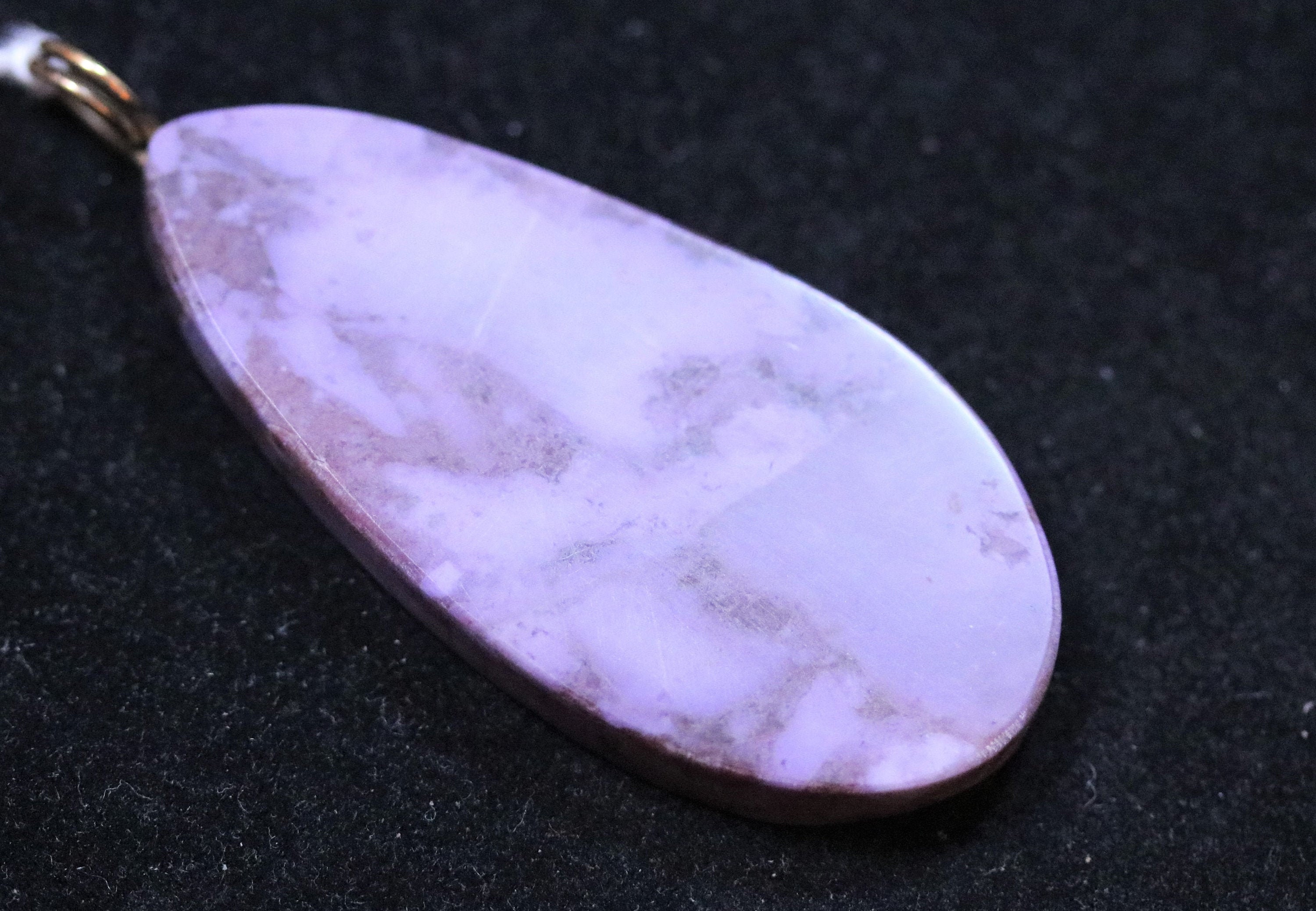 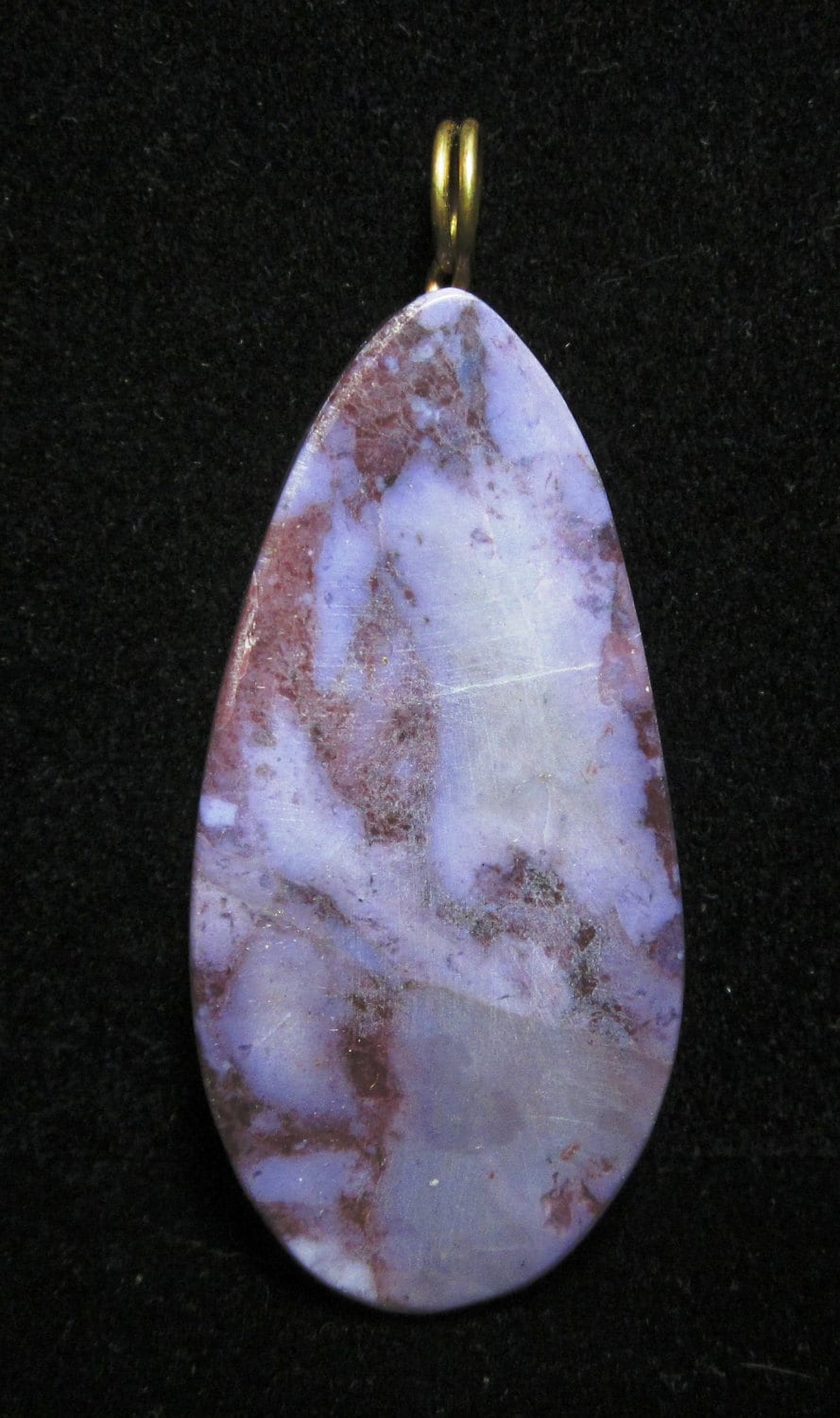 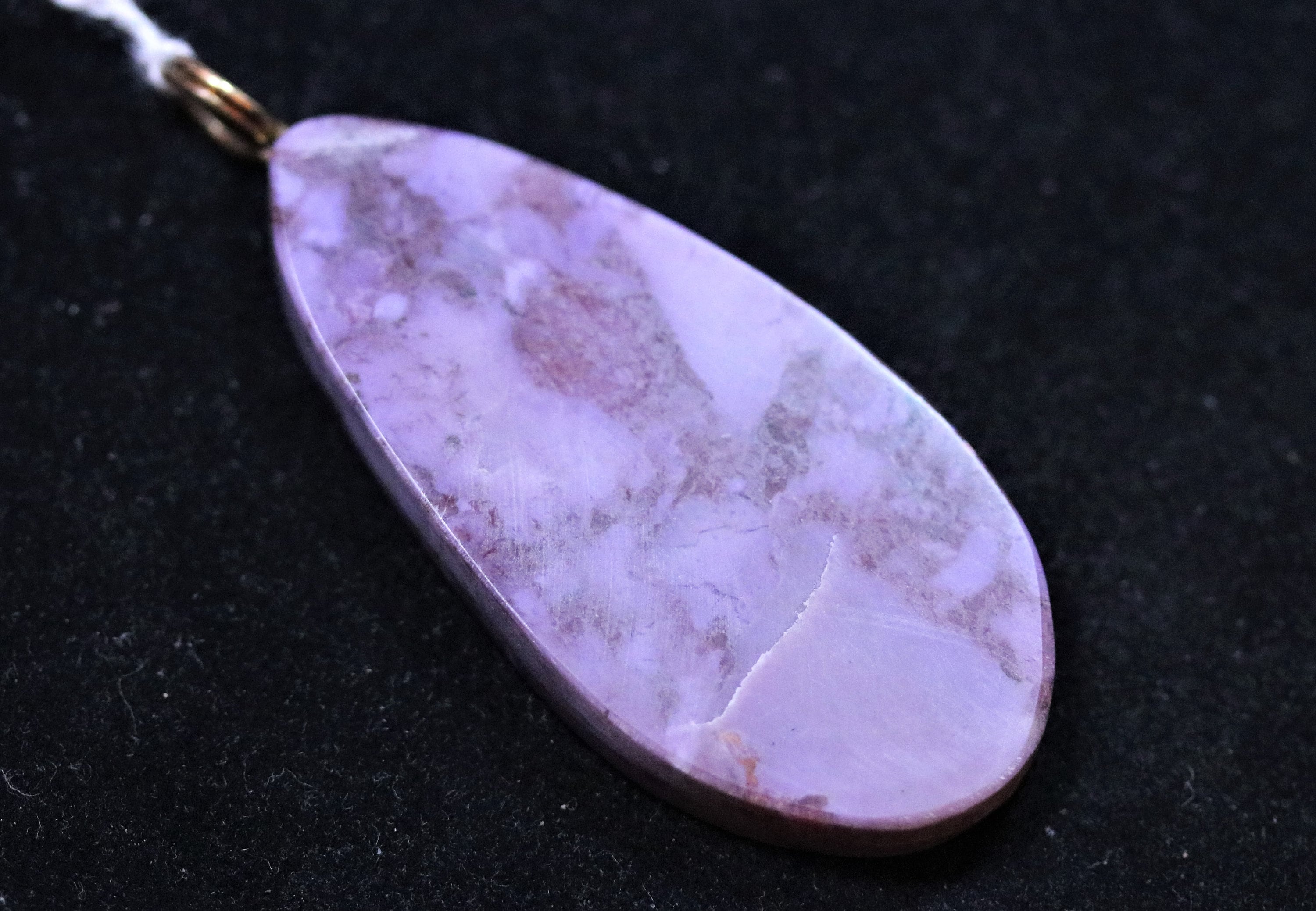 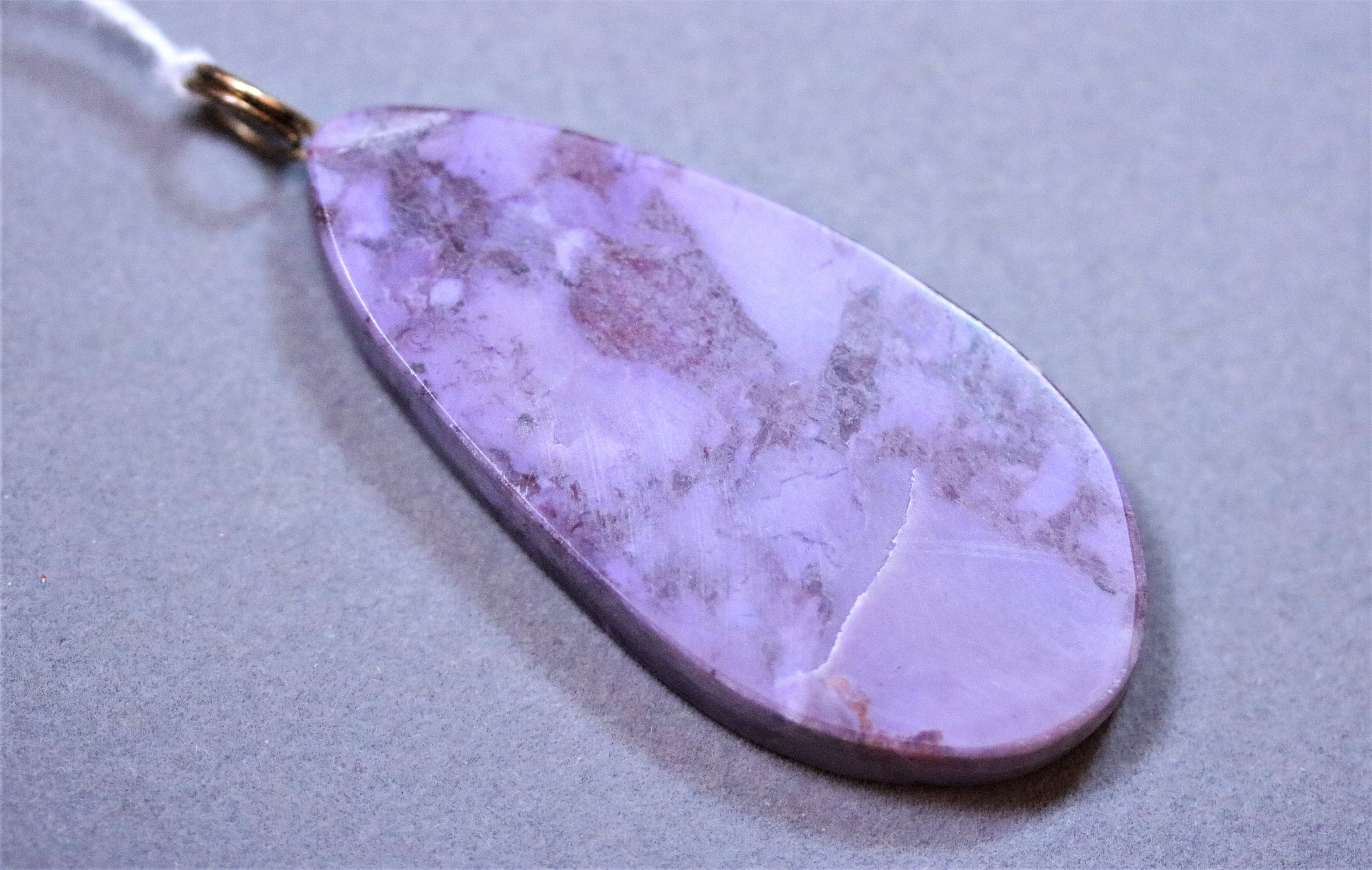